NCERT Solutions for Class 6 History Chapter 5 – What Books and Burials Tell us (Social Science), contains solutions to various questions in Exercise for Chapter 5.  At the end of the Solutions, all the keywords and Notes which are important to understand From What Books and Burials Tell us Class 6 History, have been explained in a simple and easy to understand manner. We are providing NCERT Solutions for Class 6 all subjects which can be accessed by clicking here. 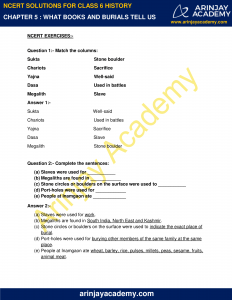 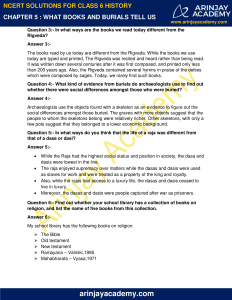 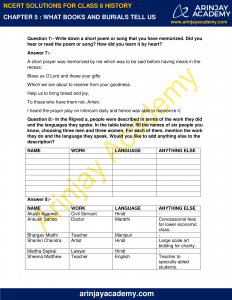 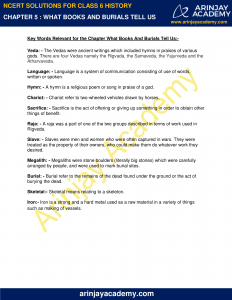 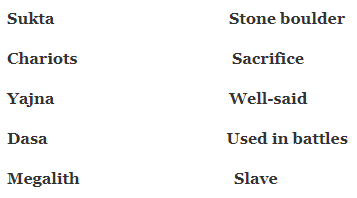 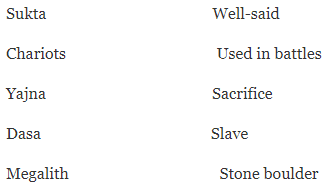 (a)Slaves were used for work.

(b)Megaliths are found in South India, North East and Kashmir.

(c)Stone circles or boulders on the surface were used to indicate the exact place of burial.

(d)Port-holes were used for burying other members of the same family at the same place.

In what ways are the books we read today different from the Rigveda?

The books read by us today are different from the Rigveda. While the books we use today are typed and printed, The Rigveda was recited and heard rather than being read. It was written down several centuries after it was first composed, and printed only less than 200 years ago. Also, the Rigveda contained several hymns in praise of the deities which were composed by sages. Today, we rarely find such books.

What kind of evidence from burials do archaeologists use to find out whether there were social differences amongst those who were buried?

Archaeologists use the objects found with a skeleton as an evidence to figure out the social differences amongst those buried. The graves with more objects suggest that the people to whom the skeletons belong were relatively richer. Other skeletons, with only a few pots suggest that they belonged to a lower economic background.

In what ways do you think that the life of a raja was different from that of a dasa or dasi?

Find out whether your school library has a collection of books on religion, and list the name of five books from this collection.

My school library has the following books on religion:

Write down a short poem or song that you have memorized. Did you hear or read the poem or song? How did you learn it by heart?

A short prayer was memorized by me which was to be said before having meals in the recess:

Bless us O’Lord and these your gifts

Which we are about to receive from your goodness.

Help us to bring bread and joy,

To those who have them not. Amen.

I heard the prayer play on intercom daily and hence was able to memorize it.

In the Rigved a, people were described in terms of the work they did and the languages they spoke. In the table below, fill the names of six people you know, choosing three men and three women. For each of them, mention the work they do and the language they speak. Would you like to add anything else to the description?

Important Terms Relevant for NCERT Solutions for Class 6 History Chapter 5 – What Books and Burials Tell us :

Veda: – The Vedas were ancient writings which included hymns in praises of various gods. There are four Vedas namely the Rigvada, the Samaveda, the Yajurveda and the Atharvaveda.

Language: – Language is a system of communication consisting of use of words, written or spoken.

Hymn: – A hymn is a religious poem or song in praise of a god.

Sacrifice: – Sacrifice is the act of offering or giving up something in order to obtain other things of benefit.

Raja: – A raja was a part of one of the two groups described in terms of work used in Rigveda.

Slave: – Slaves were men and women who were often captured in wars. They were treated as the property of their owners, who could make them do whatever work they desired.

Megalith: – Megaliths were stone boulders (literally big stones) which were carefully arranged by people, and were used to mark burial sites.

Burial: – Burial refer to the remains of the dead found under the ground or the act of burying the dead.

Iron:- Iron is a strong and a hard metal used as a raw material in a variety of things such as making of vessels.