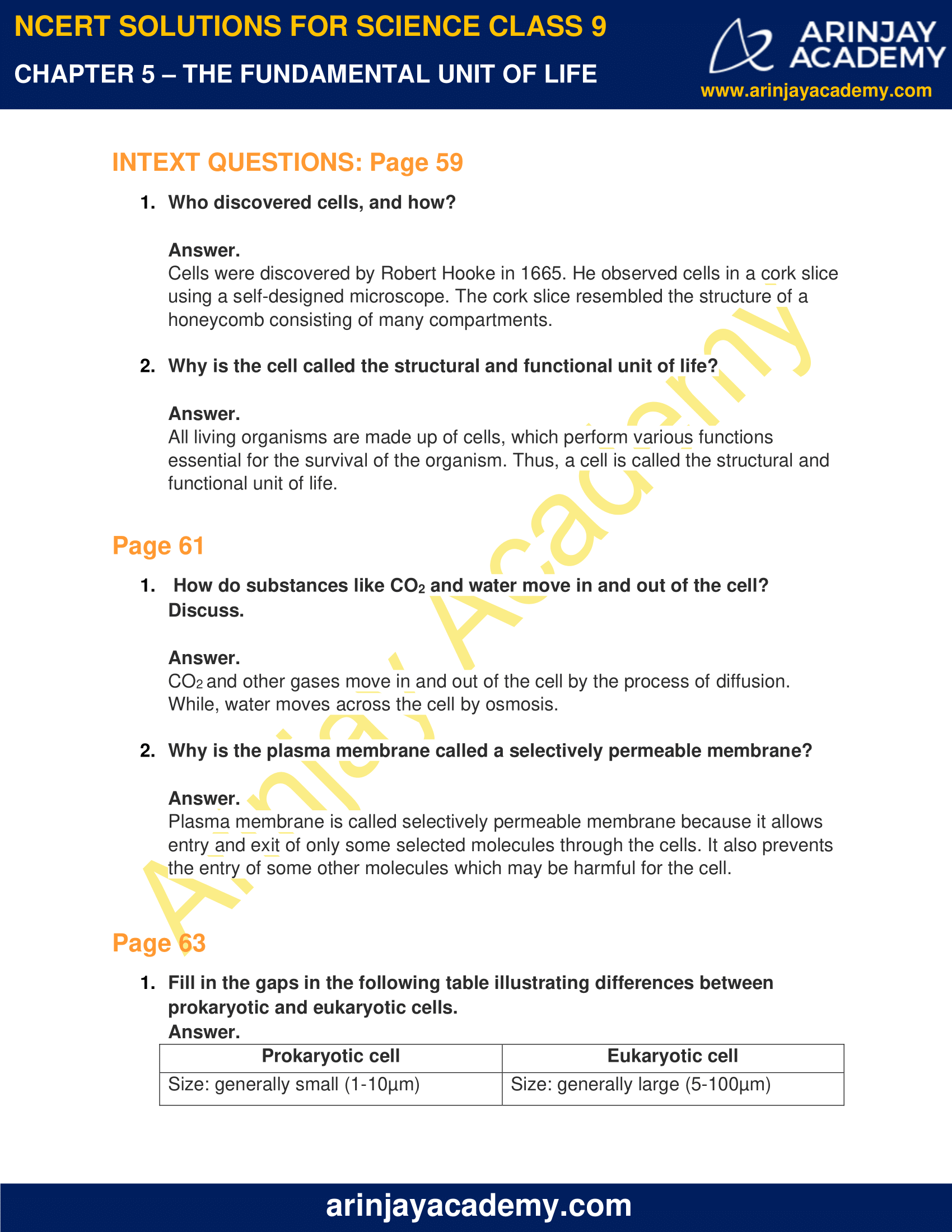 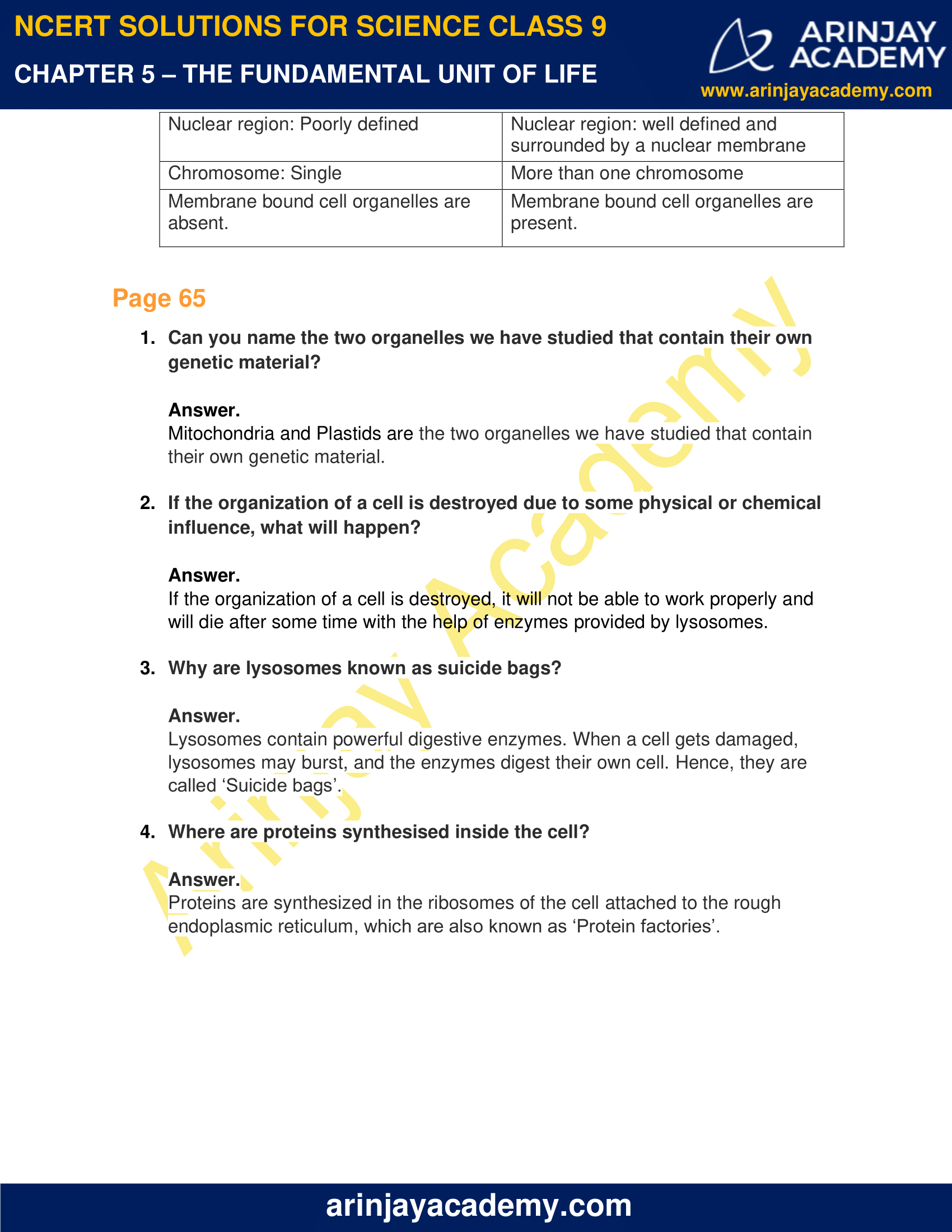 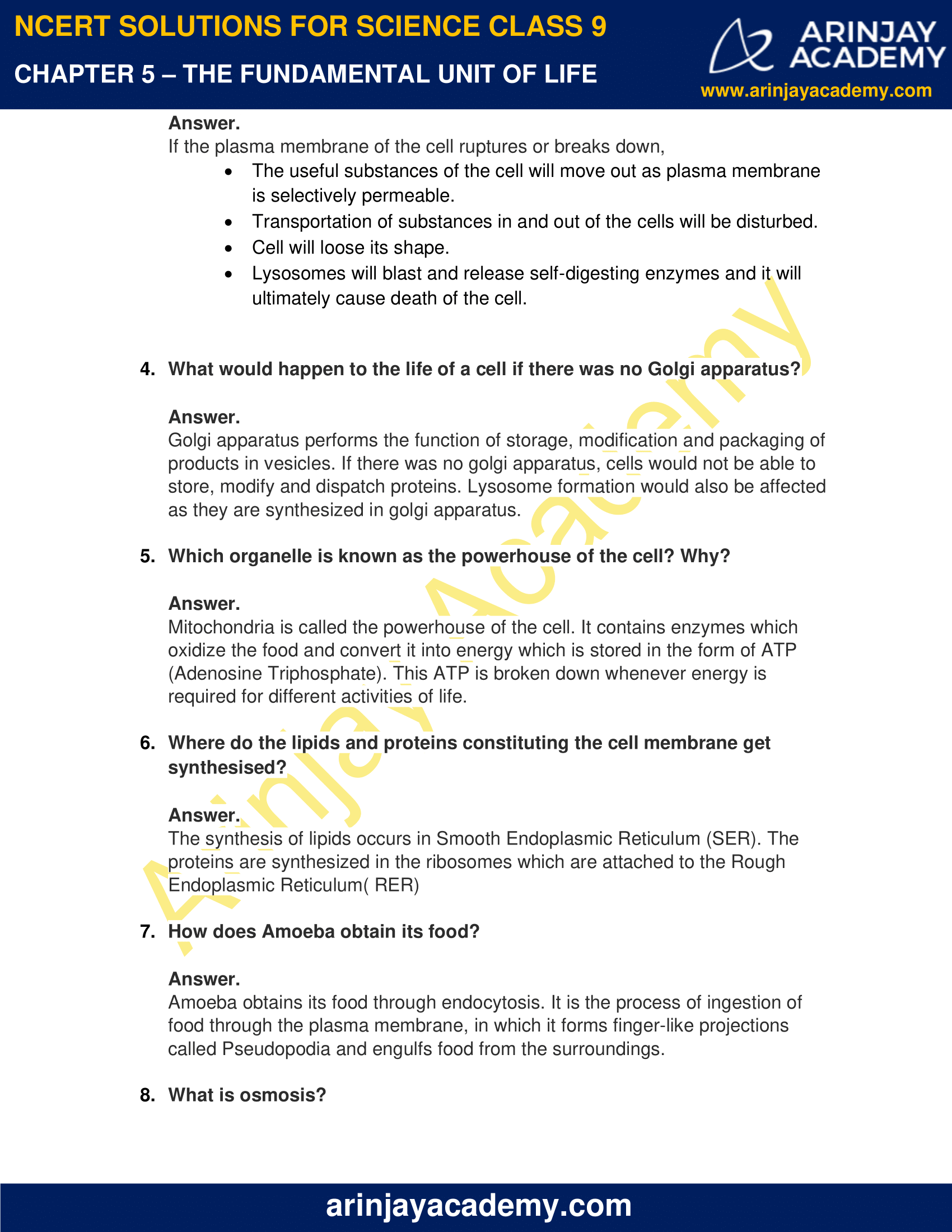 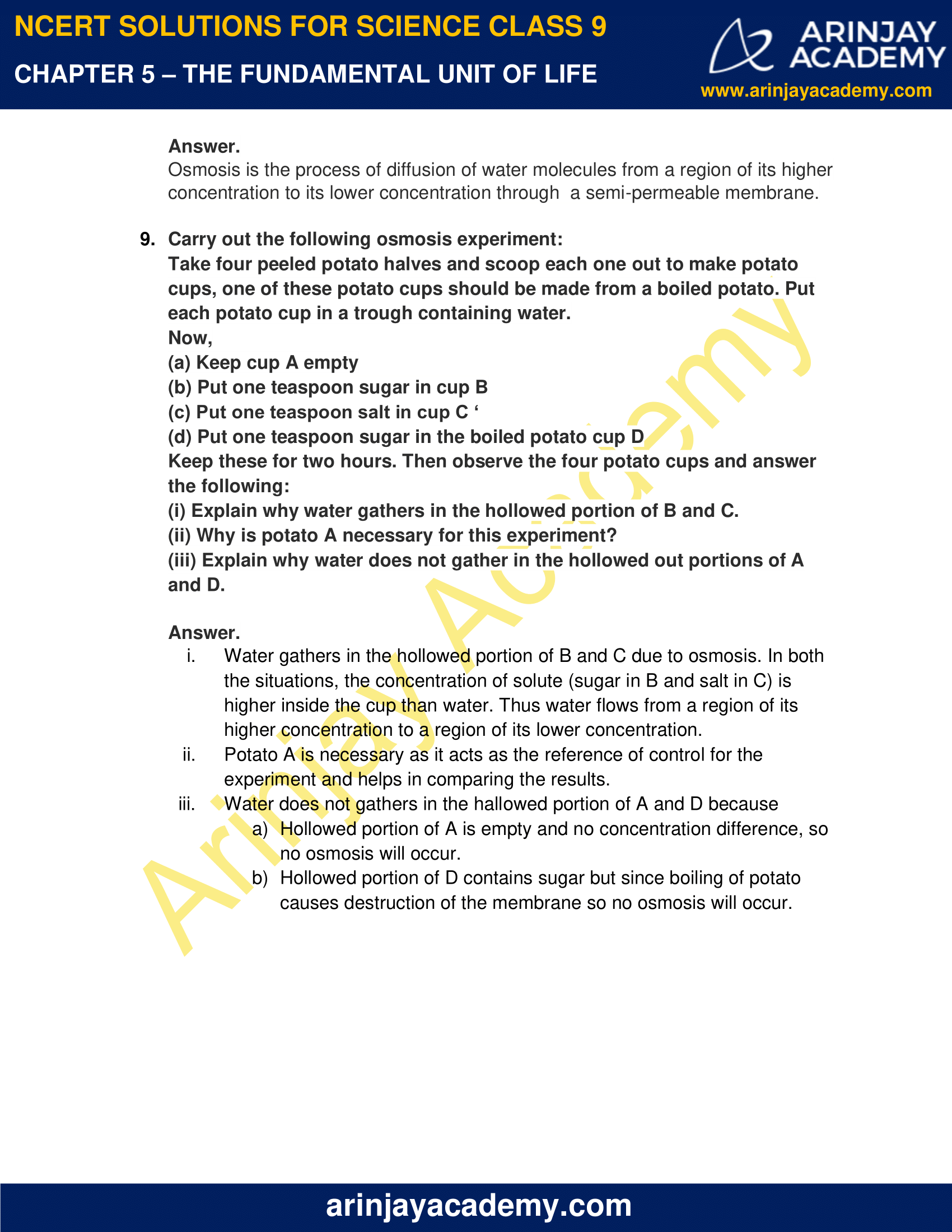 1. Who discovered cells, and how?

Cells were discovered by Robert Hooke in 1665. He observed cells in a cork slice using a self-designed microscope. The cork slice resembled the structure of a honeycomb consisting of many compartments.

2. Why is the cell called the structural and functional unit of life?

All living organisms are made up of cells, which perform various functions essential for the survival of the organism. Thus, a cell is called the structural and functional unit of life.

1. How do substances like CO2 and water move in and out of the cell? Discuss.

CO2 and other gases move in and out of the cell by the process of diffusion. While, water moves across the cell by osmosis.

2. Why is the plasma membrane called a selectively permeable membrane?

Plasma membrane is called selectively permeable membrane because it allows entry and exit of only some selected molecules through the cells. It also prevents the entry of some other molecules which may be harmful for the cell.

1. Fill in the gaps in the following table illustrating differences between prokaryotic and eukaryotic cells.

1. Can you name the two organelles we have studied that contain their own genetic material?

Mitochondria and Plastids are the two organelles we have studied that contain their own genetic material.

2. If the organization of a cell is destroyed due to some physical or chemical influence, what will happen?

If the organization of a cell is destroyed, it will not be able to work properly and will die after some time with the help of enzymes provided by lysosomes.

3. Why are lysosomes known as suicide bags?

Lysosomes contain powerful digestive enzymes. When a cell gets damaged, lysosomes may burst, and the enzymes digest their own cell. Hence, they are called ‘Suicide bags’.

4. Where are proteins synthesised inside the cell?

Proteins are synthesized in the ribosomes of the cell attached to the rough endoplasmic reticulum, which are also known as ‘Protein factories’.

1. Make a comparison and write down ways in which plant cells are also different from animal cells. 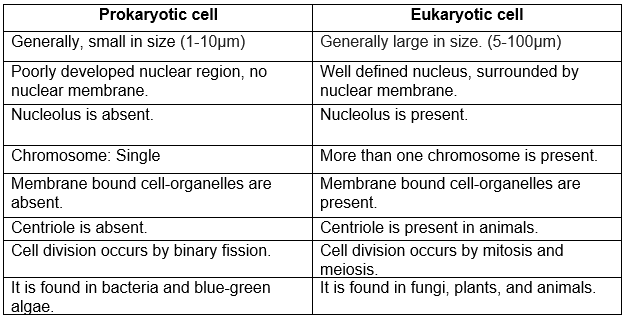 3. What would happen if the plasma membrane ruptures or breaks down?

If the plasma membrane of the cell ruptures or breaks down,

4. What would happen to the life of a cell if there was no Golgi apparatus?

Golgi apparatus performs the function of storage, modification and packaging of products in vesicles. If there was no golgi apparatus, cells would not be able to store, modify and dispatch proteins. Lysosome formation would also be affected as they are synthesized in golgi apparatus.

5. Which organelle is known as the powerhouse of the cell? Why?

Mitochondria is called the powerhouse of the cell. It contains enzymes which oxidize the food and convert it into energy which is stored in the form of ATP (Adenosine Triphosphate). This ATP is broken down whenever energy is required for different activities of life.

6. Where do the lipids and proteins constituting the cell membrane get synthesised?

7. How does Amoeba obtain its food?

Amoeba obtains its food through endocytosis. It is the process of ingestion of food through the plasma membrane, in which it forms finger-like projections called Pseudopodia and engulfs food from the surroundings.

ii. Potato A is necessary as it acts as the reference of control for the experiment and helps in comparing the results.

iii. Water does not gathers in the hallowed portion of A and D because

Topics Covered in The Fundamental Unit of Life Class 9 Science