NCERT Solutions for Class 10 Civics Chapter 6 – Political Parties (Social Science), contains solutions to various questions in Exercise for Chapter 6.  At the end of the Solutions, all the keywords which are important to understand Chapter 6 Political Parties Class 10 Civics, have been explained in a simple and easy to understand manner. We are providing NCERT Solutions for Class 10 all subjects which can be accessed by clicking here. 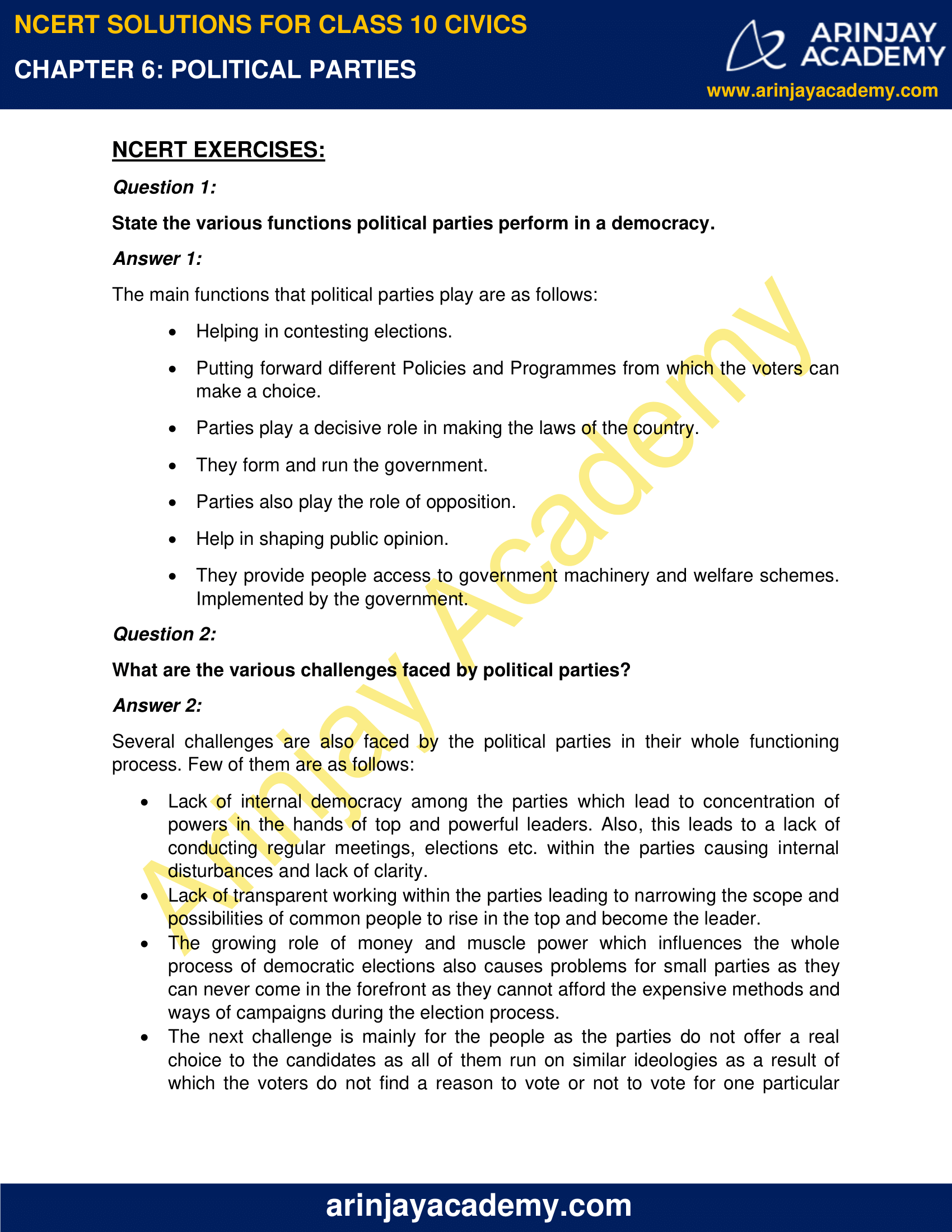 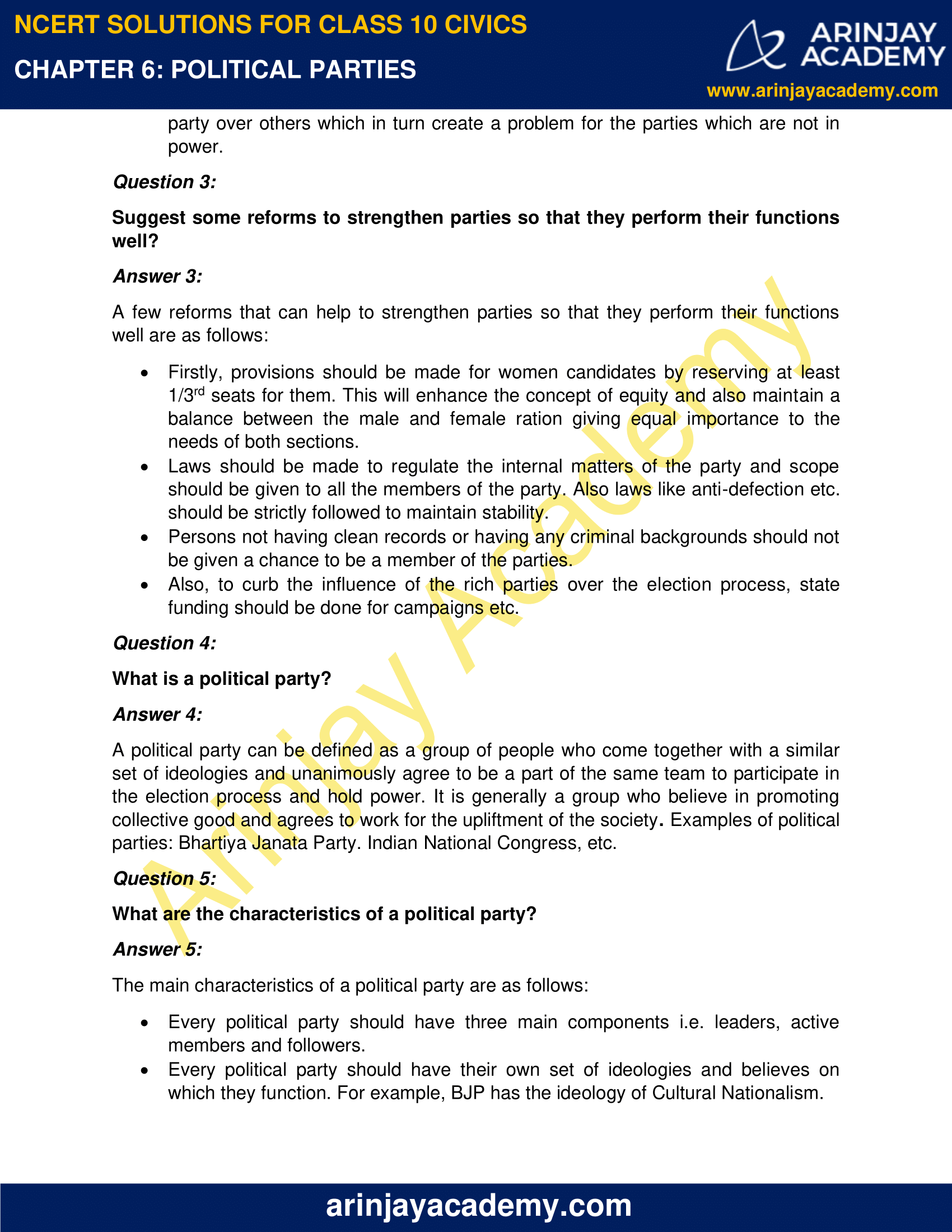 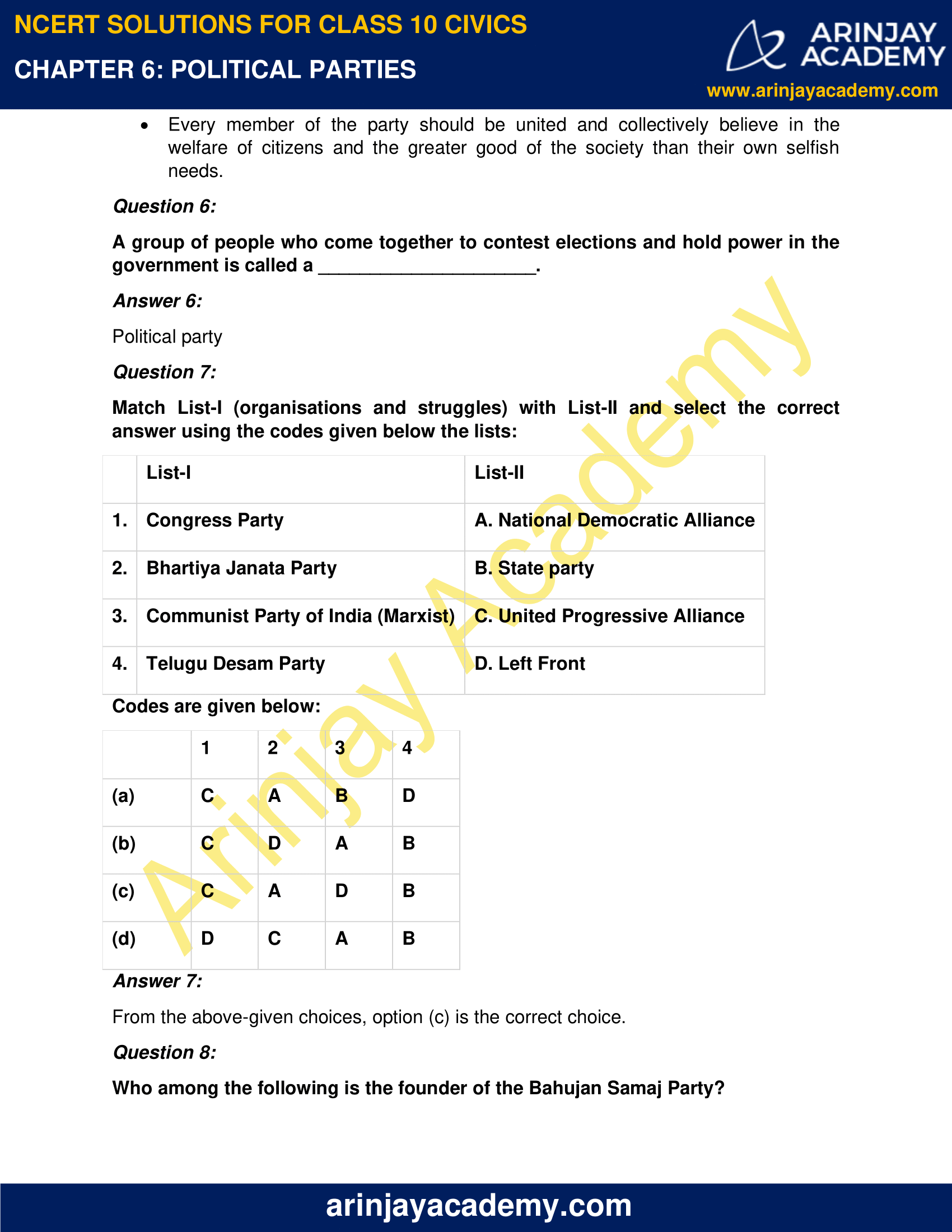 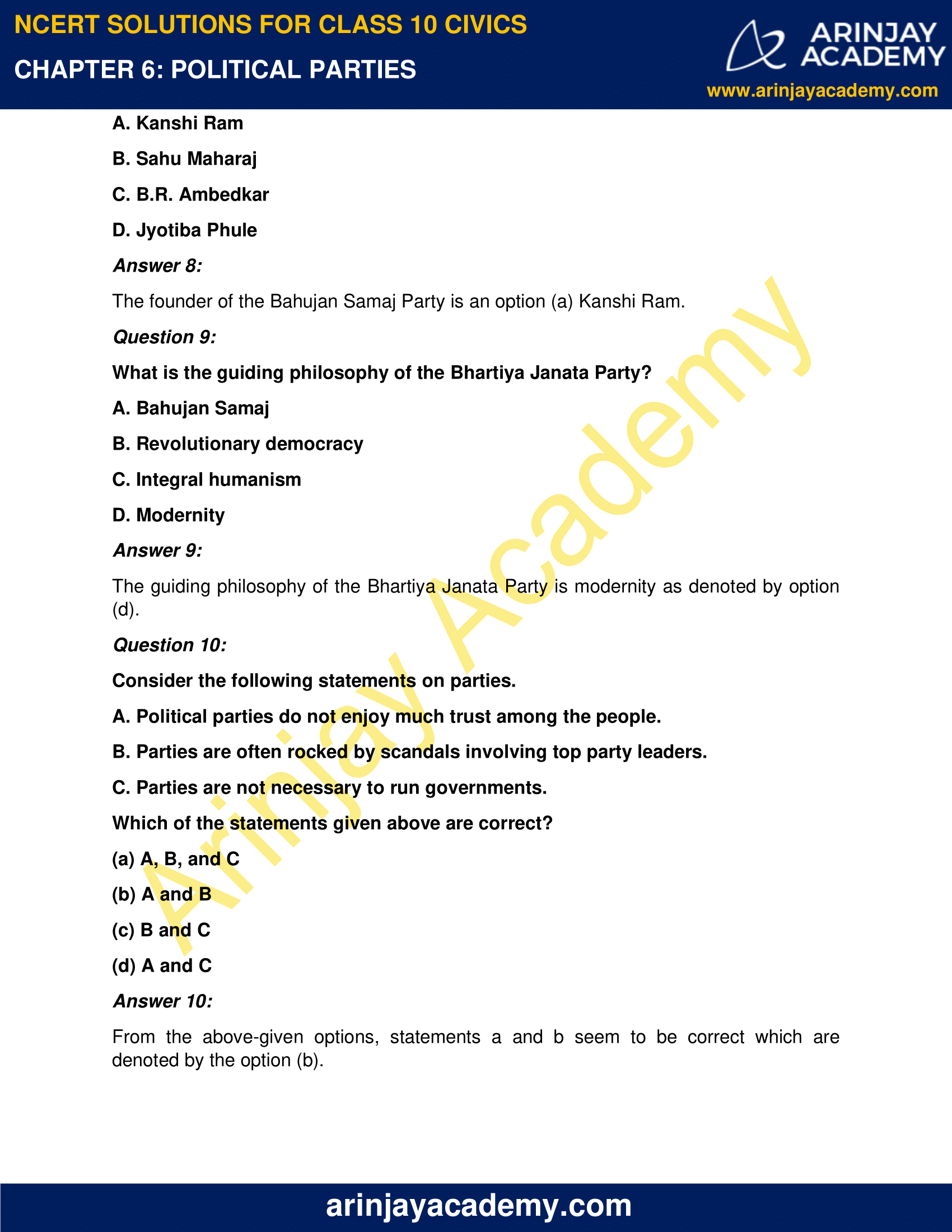 State the various functions political parties perform in a democracy.

The main functions that political parties play are as follows:

What are the various challenges faced by political parties?

Several challenges are also faced by the political parties in their whole functioning process. Few of them are as follows:

Suggest some reforms to strengthen parties so that they perform their functions well?

A few reforms that can help to strengthen parties so that they perform their functions well are as follows:

What is a political party?

A political party can be defined as a group of people who come together with a similar set of ideologies and unanimously agree to be a part of the same team to participate in the election process and hold power. It is generally a group who believe in promoting collective good and agrees to work for the upliftment of the society. Examples of political parties: Bhartiya Janata Party. Indian National Congress, etc.

What are the characteristics of a political party?

The main characteristics of a political party are as follows:

A group of people who come together to contest elections and hold power in the government is called a ________.

Match List-I (organisations and struggles) with List-II and select the correct answer using the codes given below the lists: 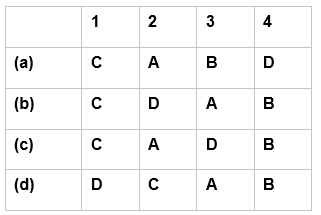 From the above-given choices, option (c) is the correct choice.

Who among the following is the founder of the Bahujan Samaj Party?

The founder of the Bahujan Samaj Party is an option (a) Kanshi Ram.

What is the guiding philosophy of the Bhartiya Janata Party?

The guiding philosophy of the Bhartiya Janata Party is modernity as denoted by option (d).

Consider the following statements on parties.

A. Political parties do not enjoy much trust among the people.

C. Parties are not necessary to run governments.

From the above-given options, statements a and b seem to be correct which are denoted by the option (b).

Centrist: Parties which neither beliefs in the left ideologies nor on the right ideologies are termed as centrist parties.

Election Commission: An election commission is a body which is stimulated with the responsibility of proper implementation of the electioneering process in any country.

Secularism: This concept means when the state does not interfere in the religious matters of the citizens or the state remains separate from religion.

Marxism: Marxism is a socio-political, and economic philosophy which inspects the effect of capitalism on labour, productivity, and economic development and debates for a worker revolution to overturn capitalism in favour of communism.