NCERT Solutions for Class 7 Science Chapter 8– Winds, Storms and Cyclones, contains solutions to various questions in Exercise for Chapter 8.  At the end of the Solutions, all the keywords and Notes which are important to understand Science Chapter 8– Winds, Storms and Cyclones, have been explained in a simple and easy to understand manner. We are providing NCERT Solutions for Class 7 all subjects which can be accessed by clicking here. 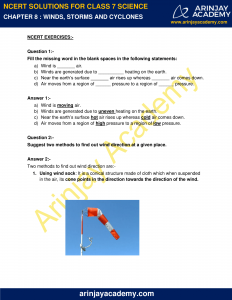 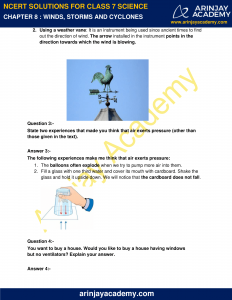 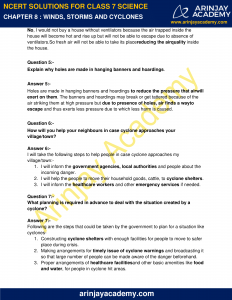 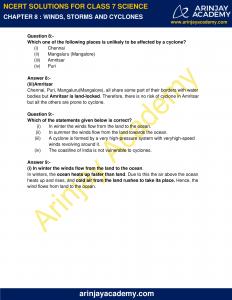 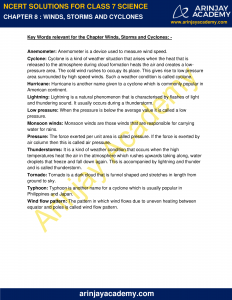 Fill the missing word in the blank spaces in the following statements:

(a)Wind is moving air.
(b)Winds are generated due to uneven heating on the earth.
(c)Near the earth’s surface hot air rises up whereas cold air comes down.
(d)Air moves from a region of high pressure to a region of low pressure.

Suggest two methods to find out wind direction at a given place.

Two methods to find out wind direction are:-

1. Using wind sock: It is a conical structure made of cloth which when suspended in the air, its cone points in the direction towards the direction of the wind. 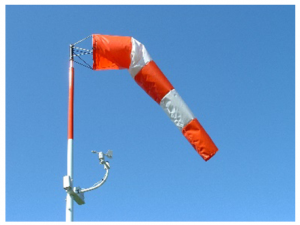 2. Using a weather vane: It is an instrument being used since ancient times to find out the direction of wind. The arrow installed in the instrument points in the direction towards which the wind is blowing. 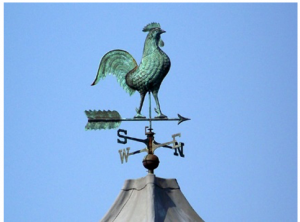 State two experiences that made you think that air exerts pressure (other than those given in the text).

The following experiences make me think that air exerts pressure:

1. The balloons often explode when we try to pump more air into them.
2. Fill a glass with one third water and cover its mouth with cardboard. Shake the glass and hold it upside down. We will notice that the cardboard does not fall. 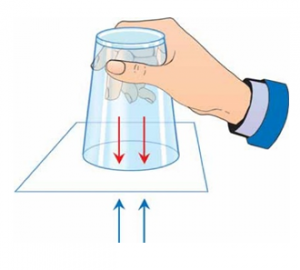 but no ventilators? Explain your answer.

Explain why holes are made in hanging banners and hoardings.

Holes are made in hanging banners and hoardings to reduce the pressure that air will exert on them. The banners and hoardings may break or get tattered because of the air striking them at high pressure but due to presence of holes, air finds a way to escape and thus exerts less pressure due to which less harm is caused.

How will you help your neighbours in case cyclone approaches your village/town?

I will take the following steps to help people in case cyclone approaches my village/town:-

1. I will inform the government agencies, local authorities and people about the incoming danger.
2. I will help the people to move their household goods, cattle, to cyclone shelters.
3. I will inform the healthcare workers and other emergency services if needed.

1. Constructing cyclone shelters with enough facilities for people to move to safer place during crisis.
2. Making arrangements for timely issue of cyclone warnings and broadcasting it so that large number of people can be made aware of the danger beforehand.
3. Proper arrangements of healthcare facilities and other basic amenities like food and water, for people in cyclone hit areas.

Which one of the following places is unlikely to be affected by a cyclone?

Chennai, Puri, Mangaluru(Mangalore), all share some part of their borders with water bodies but Amritsar is land-locked. Therefore, there is no risk of cyclone in Amritsar but all the others are prone to cyclone.

Which of the statements given below is correct?

(i) In winter the winds flow from the land to the ocean.

Anemometer: Anemometer is a device used to measure wind speed.

Cyclone: Cyclone is a kind of weather situation that arises when the heat that is released to the atmosphere during cloud formation heats the air and creates a low-pressure area. The cold wind rushes to occupy its place. This gives rise to low pressure area surrounded by high speed winds. Such a weather condition is called cyclone.

Hurricane: Hurricane is another name given to a cyclone which is commonly popular in American continent.

Lightning: Lightning is a natural phenomenon that is characterised by flashes of light and thundering sound. It usually occurs during a thunderstorm.

Low pressure: When the pressure is below the average value it is called a low pressure.

Monsoon winds: Monsoon winds are those winds that are responsible for carrying water for rains.

Pressure: The force exerted per unit area is called pressure. If the force is exerted by air column then this is called air pressure.

Thunderstorms: It is a kind of weather condition that occurs when the high temperatures heat the air in the atmosphere which rushes upwards taking along, water droplets that freeze and fall down again. This is accompanied by lightning and thunder and is called thunderstorm.

Tornado: Tornado is a dark cloud that is funnel shaped and stretches in length from ground to sky.

Typhoon: Typhoon is another name for a cyclone which is usually popular in Philippines and Japan.