NCERT Solutions for Class 9 Geography Chapter 6 – Population (Social Science), contains solutions to various questions in Exercise for Chapter 6.  At the end of the Solutions, all the keywords which are important to understand Population Class 9 Geography, have been explained in a simple and easy to understand manner. We are providing NCERT Solutions for Class 9 all subjects which can be accessed by clicking here. 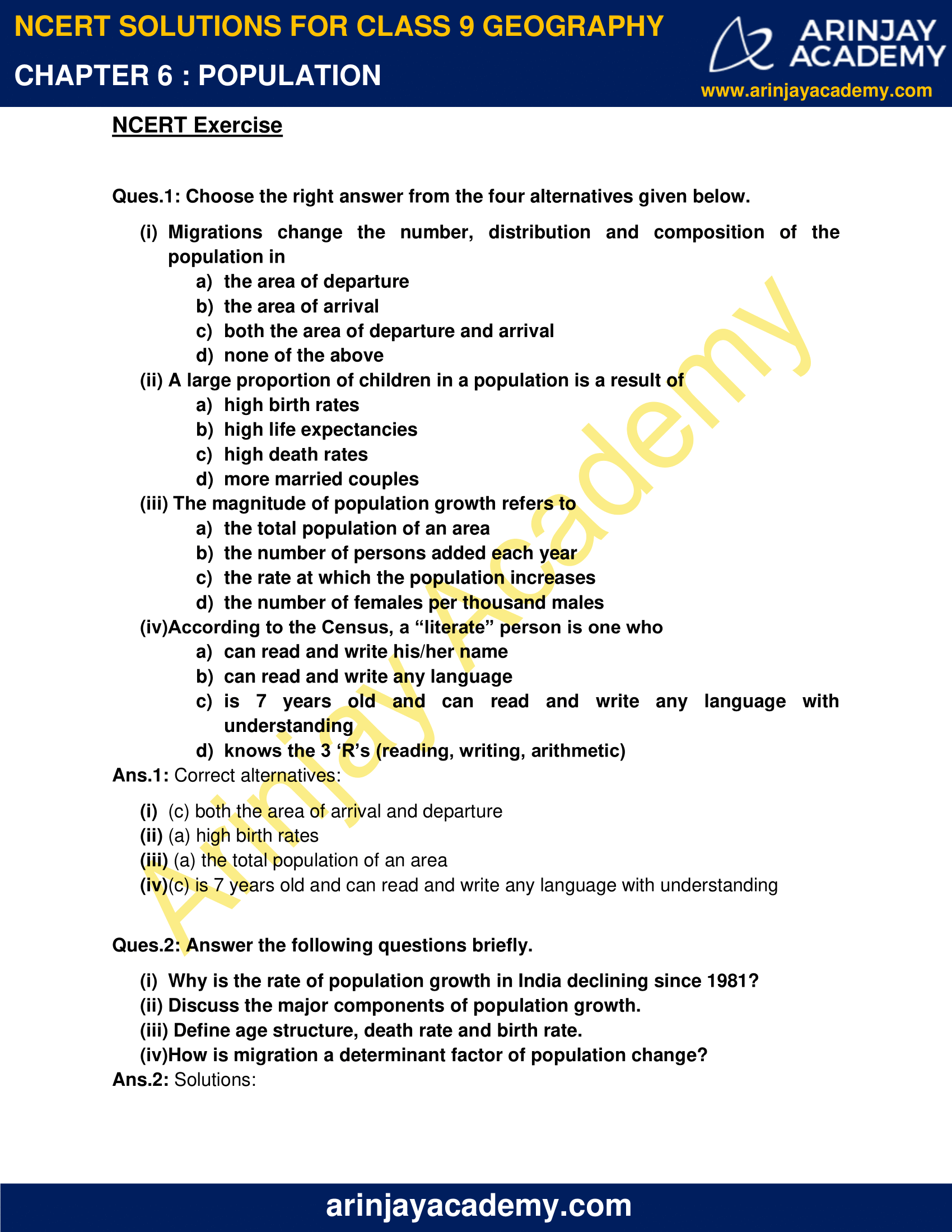 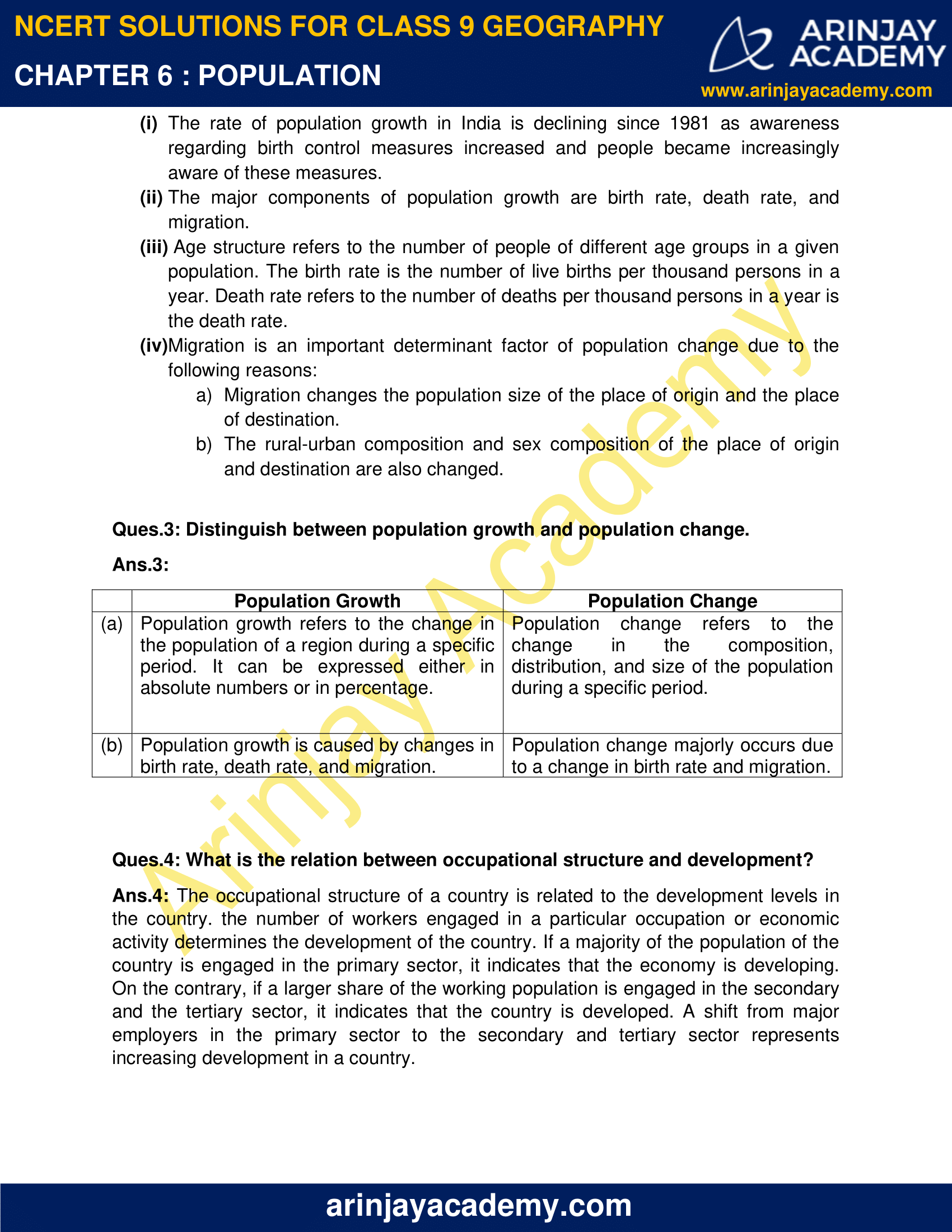 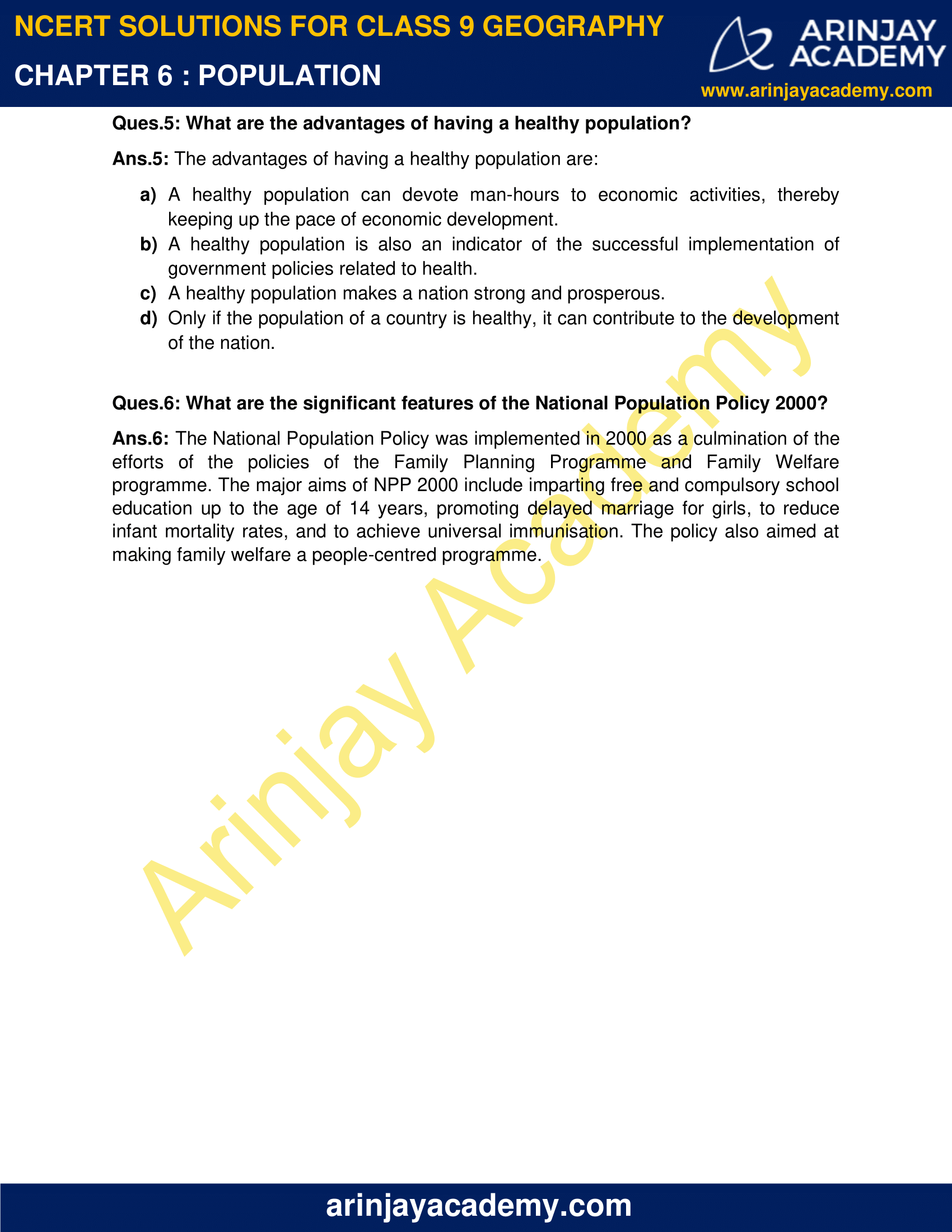 (i) Migrations change the number, distribution and composition of the population in

(iii) The magnitude of population growth refers to

(iv) According to the Census, a “literate” person is one who

(i) The rate of population growth in India is declining since 1981 as awareness regarding birth control measures increased and people became increasingly aware of these measures.

(iv) Migration is an important determinant factor of population change due to the following reasons:

Ques.4: What is the relation between occupational structure and development?

Ans.4: The occupational structure of a country is related to the development levels in the country. the number of workers engaged in a particular occupation or economic activity determines the development of the country. If a majority of the population of the country is engaged in the primary sector, it indicates that the economy is developing. On the contrary, if a larger share of the working population is engaged in the secondary and the tertiary sector, it indicates that the country is developed. A shift from major employers in the primary sector to the secondary and tertiary sector represents increasing development in a country.

Ques.5: What are the advantages of having a healthy population?

Ans.5: The advantages of having a healthy population are:

Ques.6: What are the significant features of the National Population Policy 2000?

Ans.6: The National Population Policy was implemented in 2000 as a culmination of the efforts of the policies of the Family Planning Programme and Family Welfare programme. The major aims of NPP 2000 include imparting free and compulsory school education up to the age of 14 years, promoting delayed marriage for girls, to reduce infant mortality rates, and to achieve universal immunisation. The policy also aimed at making family welfare a people-centred programme.

Migration: The movement of people from one place to another.

Literacy: A person of age 7 years and above who can read and write with understanding in any language is a literate person.

Sex ratio: The number of females per 1000 males in a population is referred to as the sex ratio.