You are here: Home / Archives for Mutual Agreement Procedure – Definition

MAP is a special facilitative procedure
set out in various tax treaties
that allows designated government representatives of Treaty partners (”referred to as Competent Authorities”)
to work together, and resolve
international tax disputes, including cases of double taxation
arising out of application of the Convention.

APPLICABILITY OF MAP TO VARIOUS ARTICLE 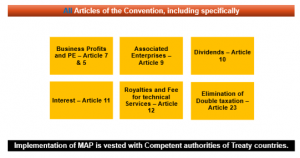 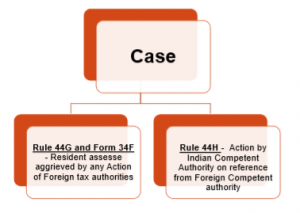 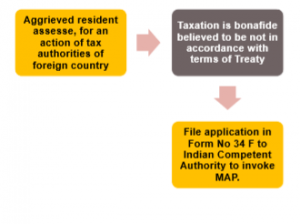 Where a person considers
that the actions of one or both of the Contracting States
result or will result for him in taxation not in accordance with the provisions of this Convention,
he may,
irrespective of the remedies provided by the domestic law of those States,
present his case to the competent authority of the Contracting State of which he is a resident or national.
This case must be presented within three years of the date of receipt of notice of the action which gives rise to taxation not in accordance with the Convention.

IF TAXATION NOT AS PER CONVETION, REMEDIES TO TAXPAYER IN INDIA 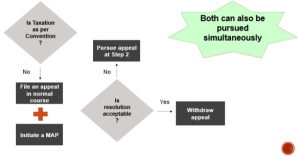 The competent authority shall endeavour,
if the objection appears to it to be justified and if it is not itself able to arrive at a satisfactory solution,
to resolve the case by mutual agreement with the competent authority of the other Contracting State,
with a view to the avoidance of
taxation which is not in accordance with the Convention.
Any agreement reached shall be implemented notwithstanding any time limits or other procedural limitations in the domestic law of the Contracting States.

WHEN SHALL COMPETENT AUTHORITY ENDEAVOUR

The competent authorities of the Contracting States shall endeavour
to resolve by mutual agreement
any difficulties or doubts arising as to the interpretation or application of the Convention.
They may also consult together for the elimination of double taxation in cases not provided for in the Convention. 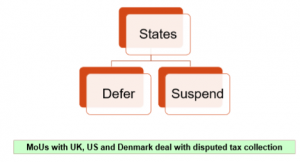 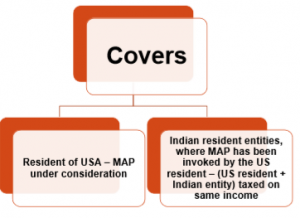 FACTS CONSIDERED BY AO BEFORE GRANT OF STAY 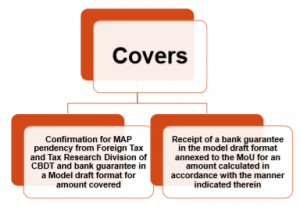 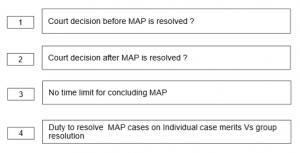 APPLICATION OF MAP FOR SUBSEQUENT YEARS

WHAT IS NON DISCRIMINATION?

Differences in tax treatment of two taxpayers
who are placed in identical/comparable situations
which result in Double taxation for the taxpayer
is Discrimination for tax purpose.

However, where the Treaty itself provides for different treatment
it is not covered under Article 24. 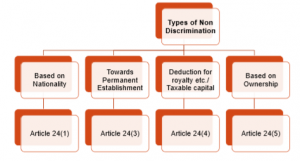 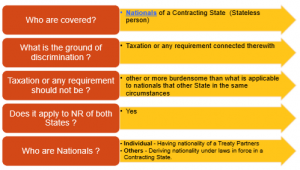 “Are the circumstances same between A, B and C ?

“Are the entities under same circumstances ?

PE – STAND ON THE FOLLOWING ASPECTS ?

Except where the provisions of paragraph 1 of article 9 (Associated Enterprises), paragraph 7 of article 11 (Interest), or
paragraph 8 of article 12 (Royalties and Fees for Included Services) apply,
interest, royalties, and other disbursements paid by a resident of a Contracting State to a resident of the other Contracting
State shall,
for the purposes of determining the taxable profits of the first-mentioned resident, be deductible under the same
conditions as if they had been paid to a resident of the first-mentioned State.

Enterprises of a Contracting State,
the capital of which is wholly or partly owned or controlled, directly or indirectly, by one or more
residents of the other Contracting State,
shall not be subjected in the first-mentioned State to
any taxation or any requirement connected therewith
which is other or more burdensome
than the taxation connected requirements to which other similar enterprises of the first-mentioned State are
or may be subjected. 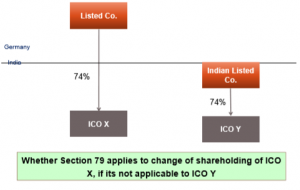 Nothing in this article shall be construed as preventing either Contracting State
from imposing the taxes described in Article 14 (Permanent Establishment Tax) or
the limitations described in paragraph 3 of Article 7 (Business profits).