You are here: Home / Archives for Difference between Partnership and Joint Stock Company 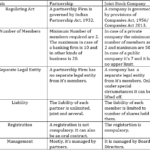 A Company and It’s Characteristics

Meaning of a Company:

A Company is an artificial entity created by a law which is distinct from it’s members and has the ability to carry a business in it’s own name. A Company can sue and can be sued, can borrow money, can open a bank account, has a common seal etc. Since it’s created by an act of law, it can only be dissolved by law. It has perpetual succession, independent of it’s members. Members can come and go but a company remains. 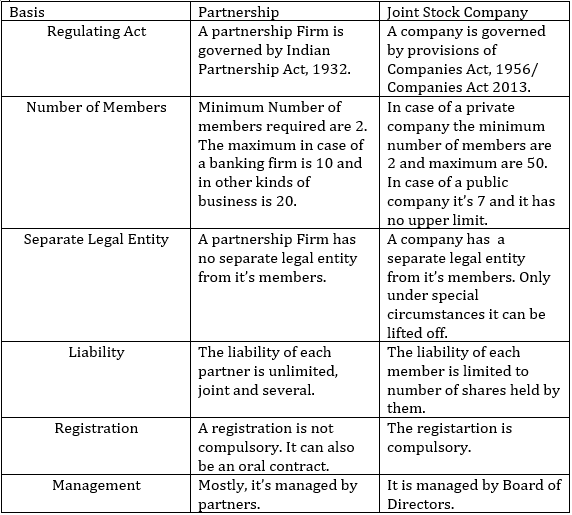 Features or Characteristics of a Company:

A company can come into existence through  law. Since it’s created by law, and has no physical form so it is called an artifical person. Although it has a rights like natural person, it can enter into contracts in it’s own name, it can sue and be sued, it can lend or borrow money, can held properties in it’s own name. It can not cast it’s vote in an election.

Since it’s created by law, death, retirement or insolvency of member has no effect on existence of company. Members can come and go but a company remains.

The liabilty of each member is related to the amount of shares held by a member. It can not be greater than that.

A common seal acts as a signature of a company. All contracts undertaken by a company has it’s seal on them.

A share of company can be bought or sold in Stock Exchange. It’s easily transferrable.

Since it is brought to life by act of law, it can only be dissolved by an act of law. A lot of legal formailities need to be created to dissolve a company.