You are here: Home / Archives for cbse class 9 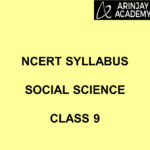 In this unit the focus is on three events and processes that have in major ways shaped the identity of the modern world. Each represents a different form of politics, and a specific combination of forces. One event is linked to the growth of liberalism and democracy, one with socialism, and one with a negation of both democracy and socialism.

1. French Revolution
(a) The Ancient Regime and its crises.
(b) The social forces that led to the revolution.
(c) The different revolutionary groups and ideas of the time.
(d) The legacy.

2. Russian Revolution
(a) The crises of Tzarism.
(b) The nature of social movements between 1905 and 1917.
(c) The First World War and foundation of Soviet state.
(d) The legacy.

(a) The growth of social democracy.
(b) The crises in Germany.
(c) The basis of Hitler’s rise to power.
(d) The ideology of Nazism.
(e) The impact of Nazism.

The themes in this section will focus on how different social groups grapple with the changes in the contemporary world and how these changes affect their lives.

4. Pastoralists in the Modern World

(a) Pastoralism as a way of life.
(b) Different forms of pastoralism.
(c) What happens to pastoralsim under colonialism and modern states? Case studies: focus on two pastoral groups, one from Africa and one from India.

(a) Relationship between forests and livelihoods.
(b) Changes in forest societies under colonialism.

Case studies: Focus on two forest movements one in colonial India (Bastar) and one in Indonesia.

(a) Histories of the emergence of different forms of farming and peasant societies.
(b) Changes within rural economies in the modern world.

Case studies: Focus on contrasting forms of rural change and different forms of rural societies (expansion of large-scale wheat and cotton farming in USA, rural economy and the Agricultural Revolution in England, and opium
production in colonial India)

The themes in this unit will consider how issues of culture are linked up to the making of contemporary world.

7. Sports and Politics. The Story of Cricket

(a) The emergence of cricket as an English sport.
(b) Cricket and colonialism.
(c) Cricket nationalism and de-colonization.

(a) A short history of changes in clothing.
(b) Debates over clothing in colonial India.
(c) Swadeshi and the movement for Khadi.

Factors influencing the climate; monsoon – its characteristics, rainfall and temperature distribution; seasons; climate and human life. (One case study to be introduced related with natural disasters)

Major rivers and tributaries, lakes and seas, role of rivers in the economy, pollution of rivers, measures to control river pollution.

Major species, their distribution, need for conservation and various measures.

3. Designing of democracy in India

How and why did India become a democracy? How was the Indian constitution framed? What are the salient features of the Constitution? How is democracy being constantly designed and redesigned in India?

Why and how do we elect representatives? Why do we have a system of competition among political parties? How has the citizens’ participation in electoral politics changed? What are the ways to ensure free and fair elections?

How is the country governed? What does Parliament do in our democracy? What is the role of the President of India, the Prime Minister and the Council of Ministers? How do these relate to one another? 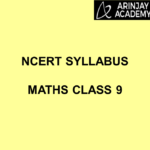 Existence of √x for a given positive real number x (visual proof to be emphasized). Definition of nth root of a real number

Recall of laws of exponents with integral powers. Rational exponents with positive real bases (to be done by particular cases, allowing learner to arrive at the general laws)

Recall of linear equations in one variable. Introduction to the equation in two variables. Prove that a linear equation in two variables has infinitely many solutions, and justify their being written as ordered pairs of real numbers, plotting them and showing that they seem to lie on a line. Examples, problems from real life, including problems on Ratio and Proportion and with algebraic and graphical solutions being done simultaneously.

History – Euclid and geometry in India. Euclid’s method of formalizing observed phenomenon into rigorous mathematics with definitions, common/obvious notions, axioms/postulates, and theorems. The five postulates of Euclid. Equivalent versions of the fifth postulate. Showing the relationship between axiom and theorem.

1. Given two distinct points, there exists one and only one line through them.
2. (Prove) Two distinct lines cannot have more than one point in common.

1. (Motivate) If a ray stands on a line, then the sum of the two adjacent angles so formed is 180° and the converse.
2. (Prove) If two lines intersect, the vertically opposite angles are equal.
3. (Motivate) Results on corresponding angles, alternate angles, interior angles when a transversal intersects two parallel lines.
4. (Motivate) Lines, which are parallel to a given line, are parallel.
5. (Prove) The sum of the angles of a triangle is 180°.
6. (Motivate) If a side of a triangle is produced, the exterior angle so formed is equal to the sum of the two interior opposite angles.

1. (Prove) Equal chords of a circle subtend equal angles at the centre and (motivate) its converse.
2. (Motivate) The perpendicular from the centre of a circle to a chord bisects the chord and conversely, the line drawn through the centre of a circle to bisect a chord is perpendicular to the chord.
3. (Motivate) There is one and only one circle passing through three given non-collinear points.
4. (Motivate) Equal chords of a circle (or of congruent circles) are equidistant from the centre(s) and conversely.
5. (Prove) The angle subtended by an arc at the centre is double the angle subtended by it at any point on the remaining part of the circle.
6. (Motivate) Angles in the same segment of a circle are equal.
7. (Motivate) If a line segment joining two points subtends equal angle at two other points lying on the same side of the line containing the segment, the four points lie on a circle.
8. (Motivate) The sum of the either pair of the opposite angles of a cyclic quadrilateral is 1800 and its converse.

Area of a triangle using Heron’s formula (without proof) and its application in finding the area of a quadrilateral.

History, Repeated experiments and observed frequency approach to probability. Focus is on empirical probability. (A large amount of time to be devoted to group and to individual activities to motivate the concept; the experiments to be drawn from real-life situations, and from examples used in the chapter on statistics).

What a statement is; when is a statement mathematically valid. Explanation of axiom/ postulate through familiar examples. Difference between axiom, conjecture and theorem. The concept and nature of a ‘proof’ (emphasize deductive nature of the proof, the assumptions, the hypothesis, the logical argument) and writing a proof. Illustrate deductive proof with complete arguments using simple results from arithmetic, algebra and geometry (e.g., product of two odd numbers is odd etc.). Particular stress on verification not being proof. Illustrate with a few examples of verifications leading to wrong conclusions – include statements like “every odd number greater than 1 is a prime number”. What disproving means, use of counter examples. 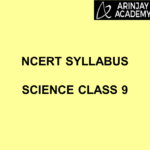 3. Is Matter Around Us Pure

4. Matter in Our Surroundings

4. Force and Laws of Motion

6. The Fundamental Unit of Life