You are here: Home / Archives for Air Class 7 Questions 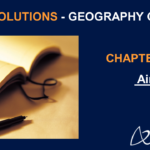 (i) What is atmosphere?

Answer – Atmosphere is an envelope of gases which surrounds the earth. The atmosphere protects the earth from becoming either too hot or too cold and also prevents the harmful rays of the sun from entering the earth. It has different layers within it such as the troposphere, stratosphere, mesosphere and the exosphere.

(ii) Which two gases make the bulk of the atmosphere?

(iii) Which gas creates green house effect in the atmosphere?

Answer – Greenhouse gases which effect the atmosphere are carbon dioxide and methane.

(iv) What is weather?

Answer – Weather is the condition of the atmosphere in a particular day at a particular place. For example, the weather may be sunny, humid or rainy or cold.

(vi) What is air pressure?

Answer – Air pressure is the weight of air molecules pressing down on the Earth within the atmosphere. It is measured by a barometer. The standard air pressure is 1,013.25 mbar.

(i) Which of the following gases protects us from harmful sun rays?
(a) Carbon dioxide
(b) Nitrogen
(c) Ozone

(iii) Which of the following layers of the atmosphere is free from clouds?
(a) Troposphere
(b) Stratosphere
(c) Mesosphere

(iv) As we go up the layers of the atmosphere, the pressure
(a) Increases
(b) Decreases
(c) Remains the same

(v) When precipitation comes down to the earth in the liquid form, it is called
(a) Cloud
(b) Rain
(c) Snow