Arinjay Academy » Geography » What is Latitude and Longitude

What is Latitude and Longitude

What is Latitude and Longitude?

Earth as we know by now is a sphere, this shape of the earth makes it difficult for the geographers and navigators to locate points or positions on the earth surface. To solve this problem, map makers in the ancient centuries created a network of imaginary lines. The imaginary lines drawn horizontally from left to right specifies the North-South position of a point on the Earth surface. Similarly imaginary lines drawn vertically (up and down) that meet at the North and South Poles are known as meridians or longitudes. 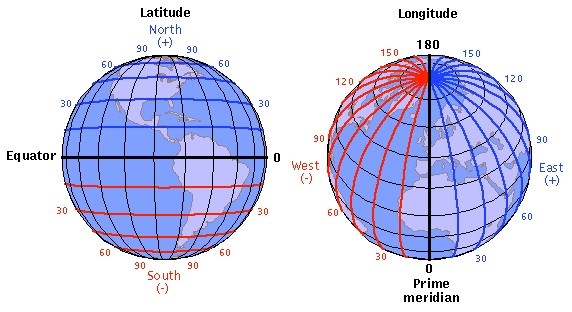 Figure 1: Showing the latitudes and longitudes of the earth

What is the importance of Latitudes and Longitudes:

Latitudes and longitudes cover the entire earth in the form of a geographical grid. This network of intersecting lines is drawn to determine any particular location on the earth surface.

Latitudes and longitudes together are called co-ordinates and help to understand the exact position of a point on the earth. 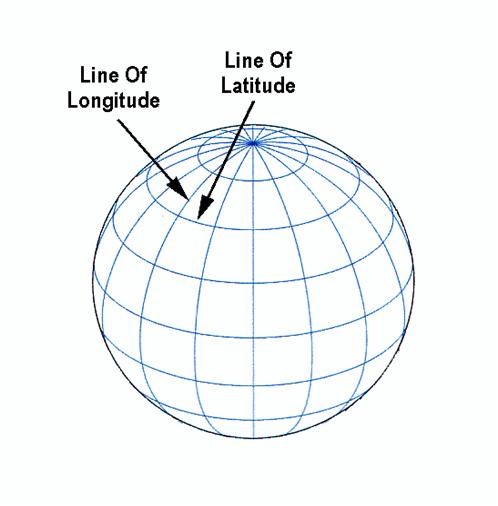 Latitudes are angular values measured from the centre of the earth along a meridian. Latitudes ranges from 0°-90° in both the hemispheres. Therefore, the total number of latitudes present in the earth are 179 (0°, 1° -90° N and 1°-90°S).

Latitudes are parallel lines running all around the earth horizontally except the North and the South Pole which is just a point on the earth. 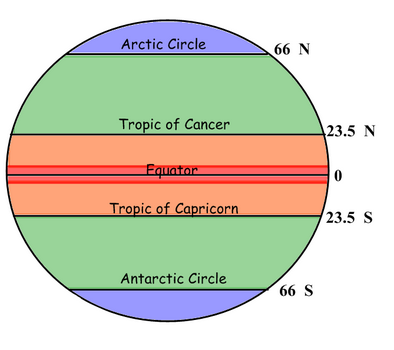 Some of the important latitudes and their values are:

Depending upon the location of a feature or a place north or south of the equator, the letter N or S is written along with the value of the latitude.

Heat zones of the earth:

The heat zones of the earth ranges between the Tropic of Cancer and the Tropic of Capricorn. Due to the tilt of earth on its axis, the sun’s rays vertically reach this zone and heats up the earth. This zone is also known as the torrid zone.

As we travel further from these latitudes the sun’s rays become oblique and the amount sunlight and heat reduces towards the poles.

Figure 4:Showing the Heat zone of the earth 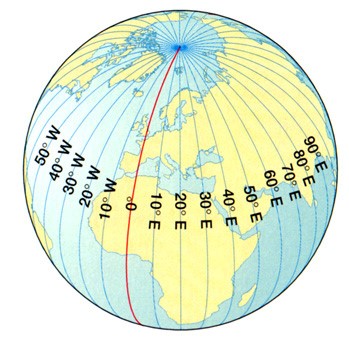 Figure 5: Showing the longitudes of the Earth

Therefore, we now understand that latitudes and longitudes together form a giant network of grids which help us locate any point on the earth.

The parallels of latitude are important for the different climatic phenomenon on earth as the torrid zone receive the maximum heat and the poles receive the least amount of sunlight.  The longitudes are responsible for the time zones that the different country follows.