There are various elements of directing and supervision is one of them. Supervision as the word suggests, super means over or above and vision means to look for, and thus it simply means to supervise the subordinates. Supervising the subordinates means to give them the directions, guiding them, motivating them, counselling and leading them. After all this is done, a proper controlling is also required. Under controlling, a proper check is done whether the directions given are effectively adhered to and this whole process is called supervision.

Supervisor plays various important roles and thus supervision is very important in an organization. The key important features are:

Maintains connection with the subordinate

The supervisor or superior plays an important role of motivating, leading, guiding and counselling the worker or the subordinate. They are in close contact with the workers and thus they can understand their grievances and queries easily.

Link between management and the workers

It is a role played by the supervisor i.e. a mediator between the worker and the management. This mediation is very important so to maintain effective communication and thus remove the communication gap and all the misunderstandings or conflicts.

Helps in achievement of objectives

Provides on the job training to the workers

Improving the morale of the workers

A good supervisor will play an active role in finding out what motivates the employees. Each employee is different in their nature, behaviour, work performance and their expectations are also different. It thus becomes important to know what will boost morale of the workers and then providing them with the same so that the results improve and targets are achieved.

Provides feedback to the workers

Good supervisors will not only do the initial work i.e. guide, motivate, counsel, lead and support the employees and the workers but also he or she will take care of the feedback. The feedback should be given to the workers during the work is performed and also after the work is finished so that the results can be improved and the benefits can be maximised.

Supervision is very important element of direction because it helps in utilising the resources without the wastage. When the employees or workers do not know the value of the resources then they might make bad use of them and it may lead to increased cost. But a good supervisor will help the workers to understand the importance of efficient management of resources because they are limited. 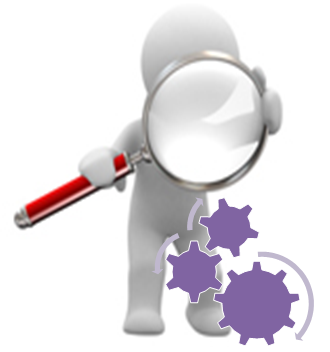 Reduction in resistance of change

The supervision is a method through which new changes can be introduced easily be it technology change, work style change, or duty or shift change. These can be easily done with the help of proper supervision. It thus brings high productivity, high profits and high stability.

Supervisor is sometimes held responsible for the discipline in an organization. A supervisor thus maintains the strictness in an organization by giving the orders and checking the adherence to those orders. They also have the rights to charge penalties and give punishments if there is non-adherence of their orders and instructions.

Directing process involves guiding, motivating, coaching, counselling, leading and instructing the employees in an organization. There are uncountable examples where directing has played an important role in achievement of the objectives of the firm. It boosts the morale of the employees and supervision is one of the elements of this process. Supervision is done by the superior to look after the subordinate so to get the tasks completed as they are in close contact with them and it will help in reduction of wastage of resources and also acts as a link between the subordinate and the management to convey the concerns, grievances, feedbacks and queries to the management and this helps in bringing the coordination and peace in an organization.