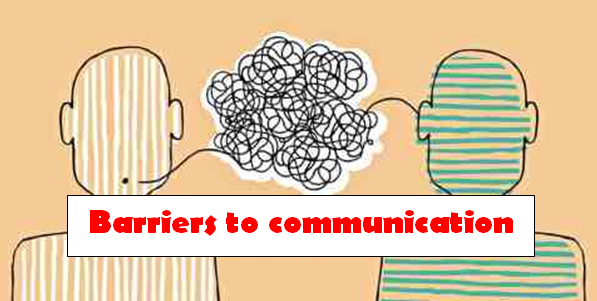 These are discussed in detail below:

Semantics is a branch that deals with the language, words and sentences. These barriers are thus related to usage of wrong words, jargons, wrong decoding etc.

When a message is expressed by the sender in a way which does not include the necessary words, or use the words and vocabulary which are wrong, etc. This badly expressed message can be misunderstood and many a times leads to no clear communication.

There can be several meanings of a single word. When a sender uses one particular meaning of a word but receiver decodes the messages based on another meaning of the same word then it leads to ineffective communication. For example the word ADDRESS can be used as-
‘When will you address the meeting?’
‘Send me the address of our new client.’

Not always the communication will take place in a single language. Many a times there can be people who do not know the language we want to communicate in. here, the role of translator comes in. when the translator does not translate in the exact manner and misses out the core of the message then it leads to faulty understanding of the message.

When we communicate we generally have some assumptions which are also to be communicated so that the receiver does not understand differently. For example: a superior may ask his subordinate to go through the files before 5 pm. What he did not mention was that the subordinate needs to go through the files and make presentation which he needs to present at 5 pm. This assumption that the missing areas of communication might be already clear to the receiver may sometimes prove wrong and lead to chaos.

Technical jargon means the words and the sentences which are used by the specialists and may be clear to everyone. This will reduce the speed of flow of the message because receiver first needs to understand the meaning of the words and also leads to ineffective communication.

Many a times, we express through gestures. The gestures should match exactly with what we wanted to say. When a person wants to say YES, then he or she will move his or her head in vertical direction i.e. up and down. When the body language does not match with the message then it will be wrongly interpreted by the receiver.

These barriers are related to the organizational structure. Such as the policy or hierarchy etc.

Organizations unknowingly make rules which are rigid and procedures which are cumbersome will make the channel of communication less attractive and leads to delay in transfer of information which may hamper the effectiveness of organizational working and administration.

Because of status of some people we restrict ourselves from conveying the message. When a superior is not friendly enough that the subordinates are scared to communicate their ideas and thoughts then it leads to hampered communication.

Organizational facilities play an important role in smooth communication. When there are frequent social gatherings then it builds friendly relationships in an organization and builds trust. Some other facilities are also important such as suggestion box, complaint box, transparency in operations etc.

These are the barriers which restrict a person from communicating or reduce the effectiveness of communication because of emotional or psychological barriers. They are:

Sometimes, we think that we have understood the message even without listening to it completely. For example: when a subordinate is talking about some important changes that the organization needs to make but superior thinks that those changes are unnecessary as in the middle of the conversation he stops the subordinates but later on those changes appear to be important. This premature evaluation led to loss of an organization.

When the receiver is not in the mind frame where he or she can attentively listen to the sender’s message then it becomes a psychological barrier. Suppose a superior is preoccupied with some important work and subordinate is trying to explain his idea to him, then the superior would not listen to him attentively and subordinate may think that he is not recognised or given importance. These kinds of activities lead to ineffective communication and may hamper good relationships.

Loss of transmission and poor retention

This usually happens in an oral communication where the message gets distorted while going through different levels and may lose its core before reaching the receiver and may lead to problems, chaos and misunderstood messages.

When there is lack of trust between the sender and the receiver then it may create a psychological barrier of not believing the message.

Fear of challenge to authority

Many a times, we withdraw or restrict ourselves from communicating because we think that it might negatively affect our own position. This happens in an organization too. When an employee thinks that communicating certain problem or idea with the management will affect his authority then he stays quiet and does not communicate what was on his mind.

Lack of confidence of superior in subordinates

Superiors may not have trust or confidence on his subordinates and may not seek their ideas and advices which may be wrong sometimes and hamper a good communication.

There may be lack of preparedness due to which the person does not communicate or communicates unwillingly and this leads to no proper transfer of information.

There should be rewards, recognitions, incentives etc for a good idea, suggestion by subordinates so that they can willingly communicate their thoughts and ideas with the superior.