Download NCERT Solutions for Class 9 Maths Chapter 7 Exercise 7.3 – Triangles. This Exercise contains 5 questions, for which detailed answers have been provided in this note. In case you are looking at studying the remaining Exercise for Class 9 for Maths NCERT solutions for Chapter 7 or other Chapters, you can click the link at the end of this Note. 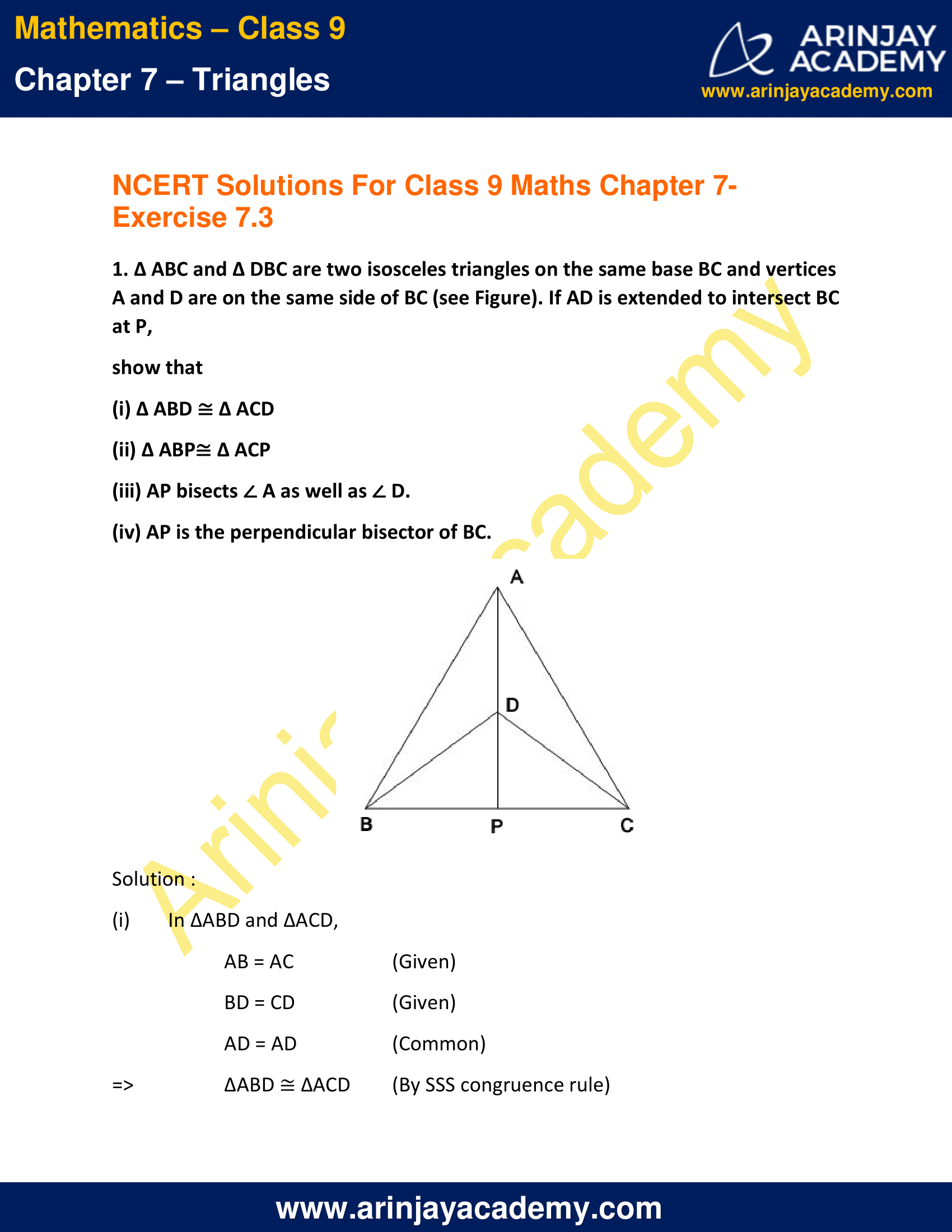 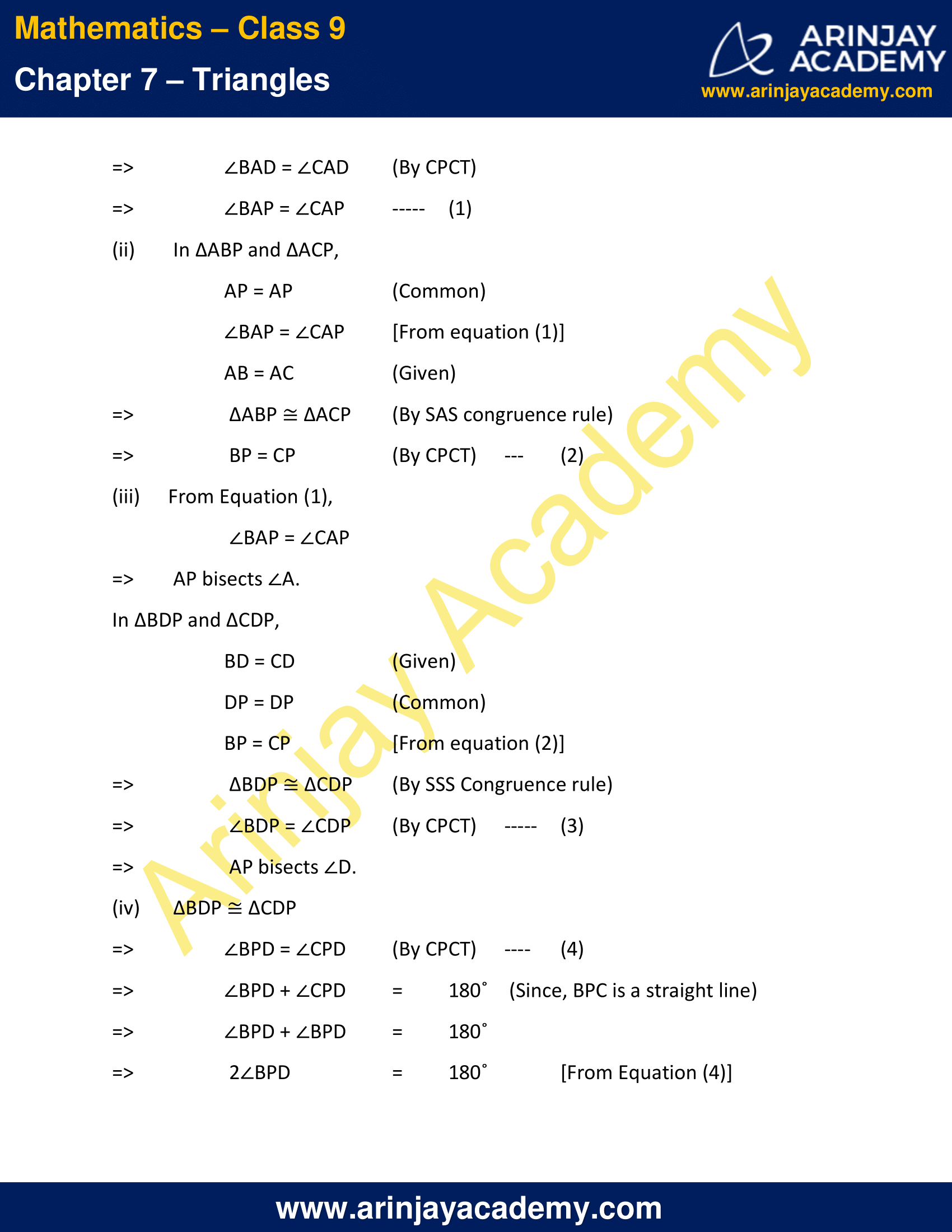 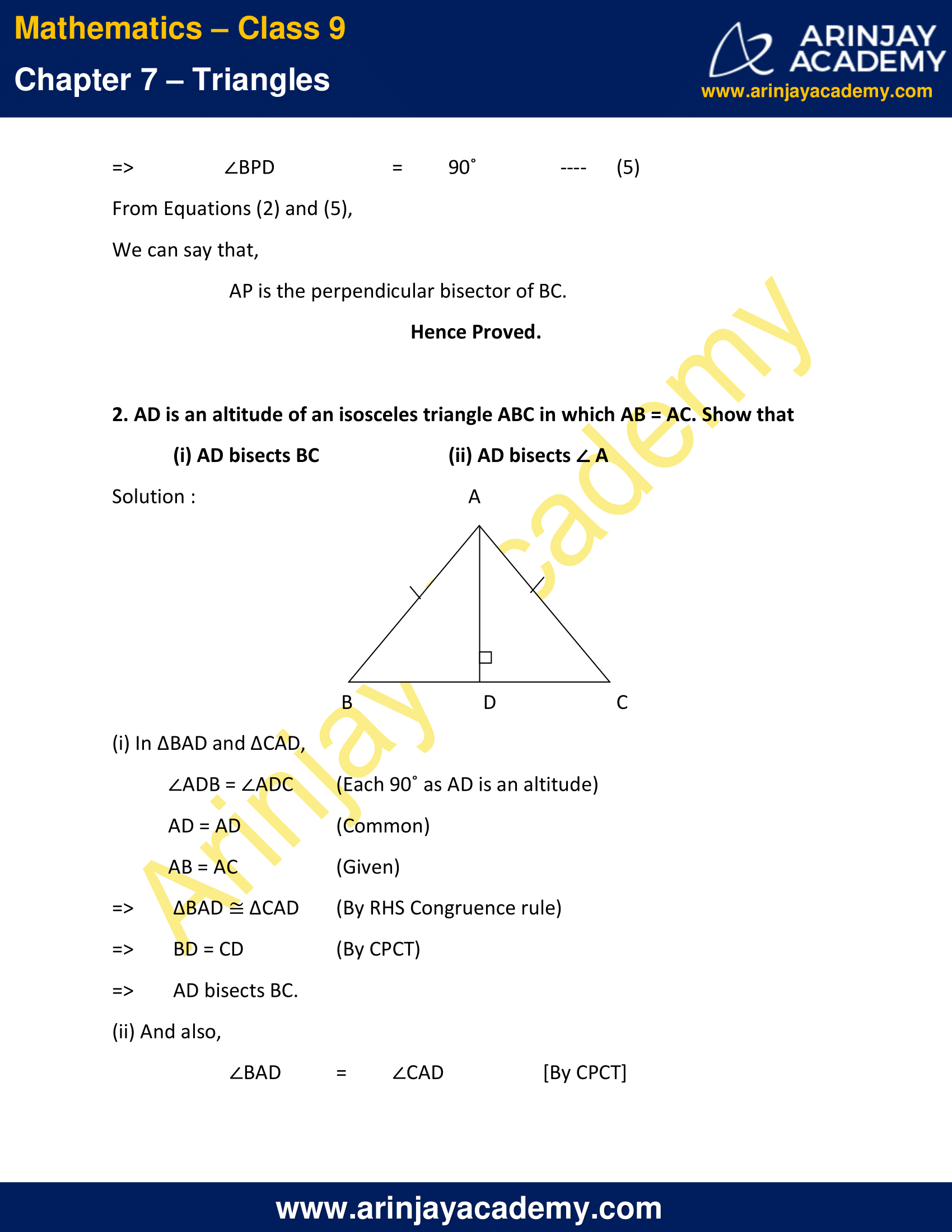 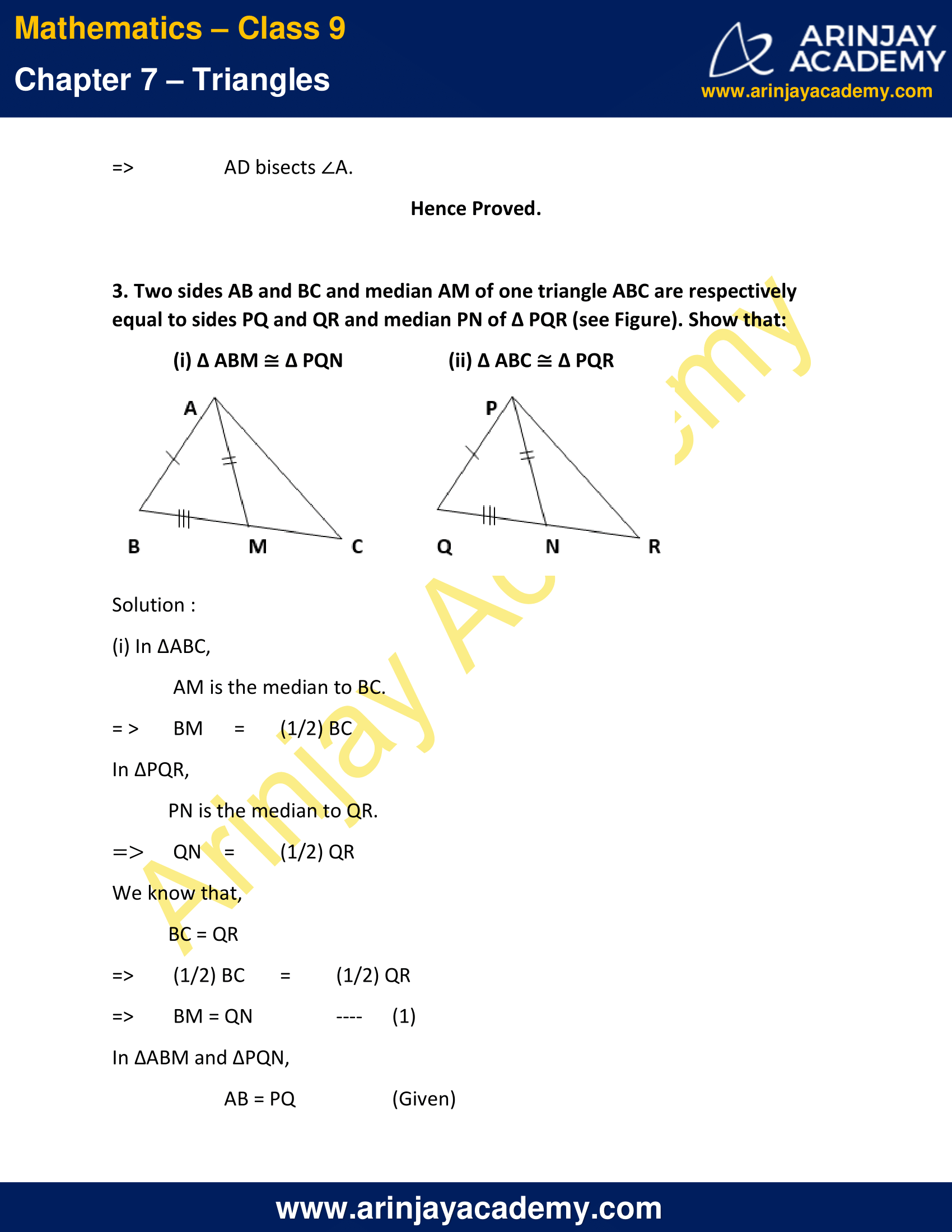 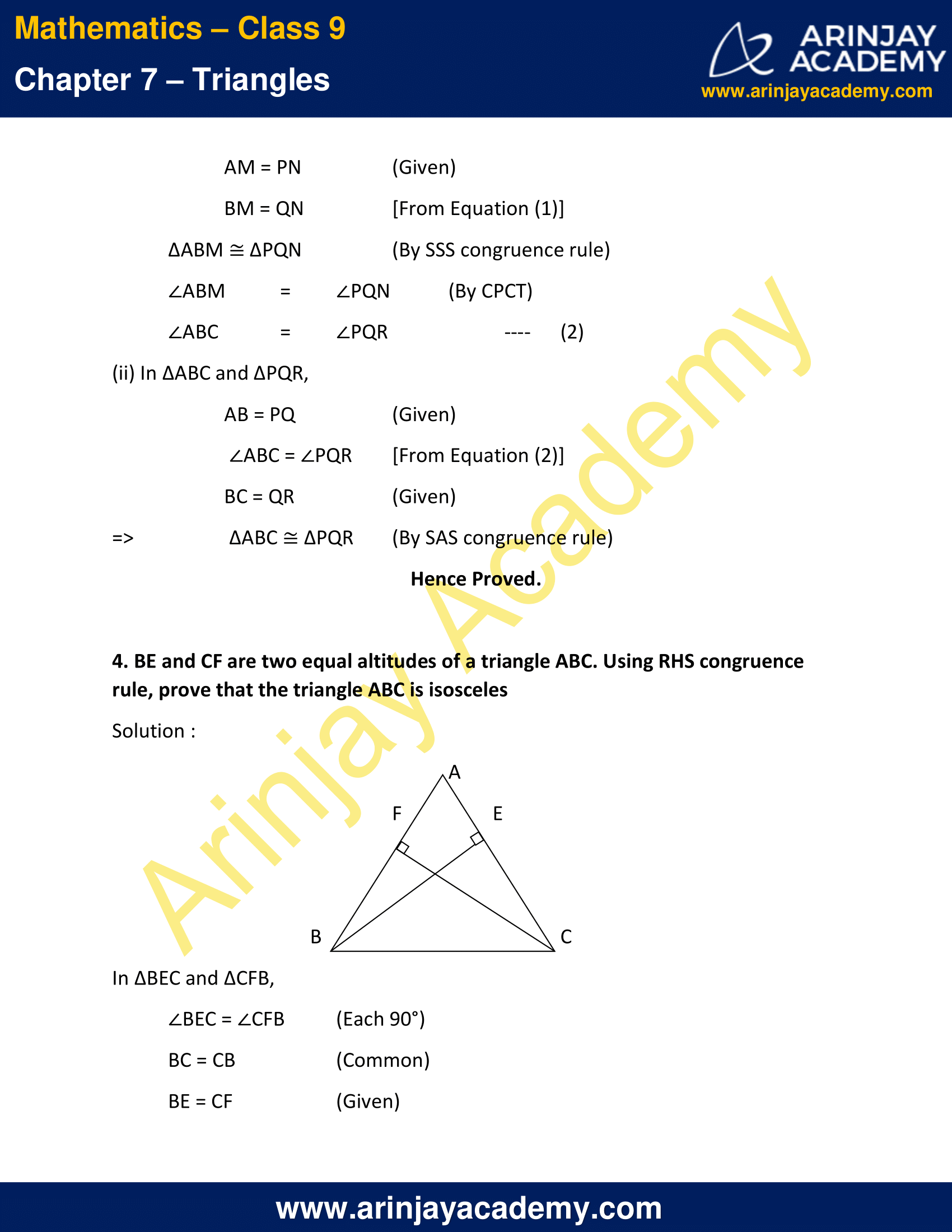 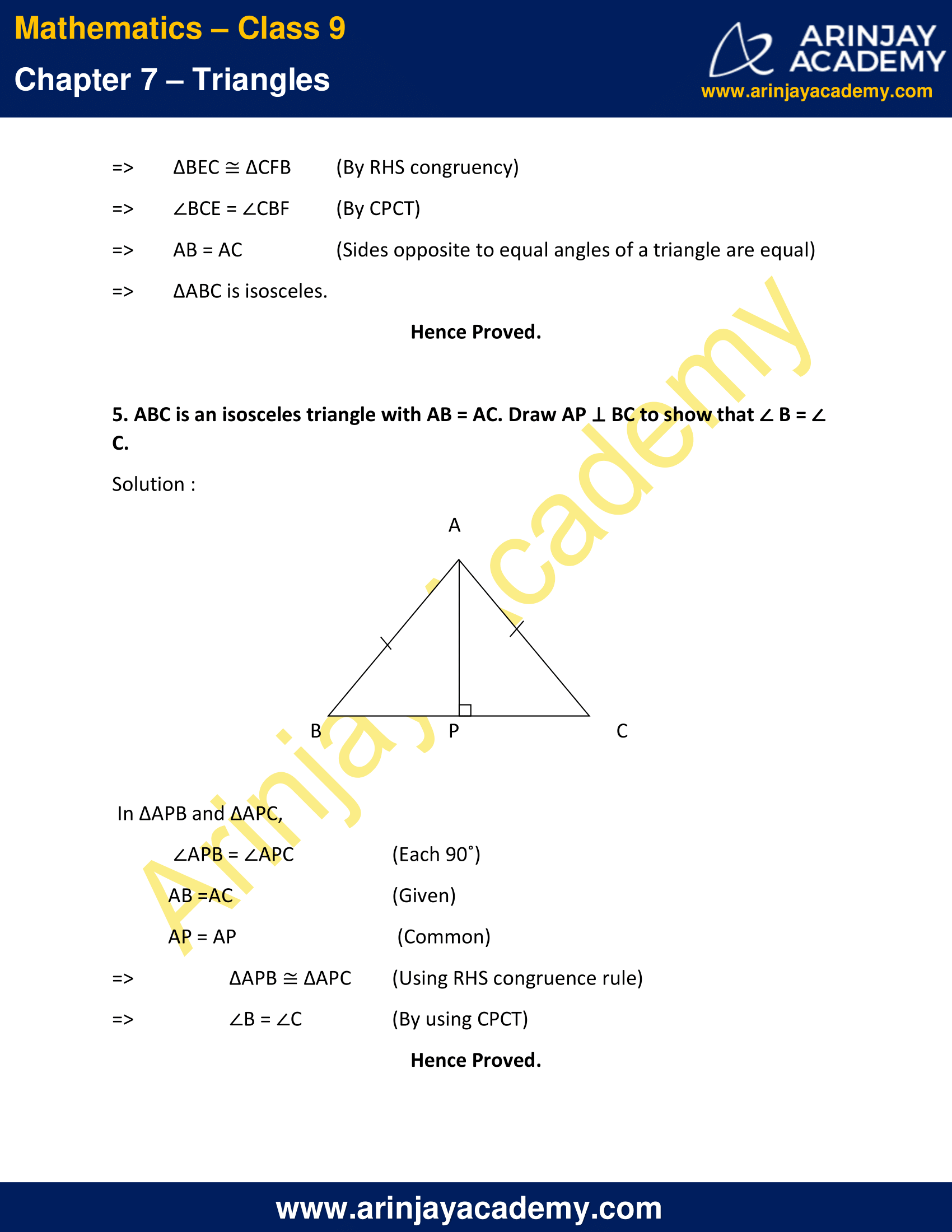 1. ∆ ABC and ∆ DBC are two isosceles triangles on the same base BC and vertices A and D are on the same side of BC (see Figure). If AD is extended to intersect BC at P, 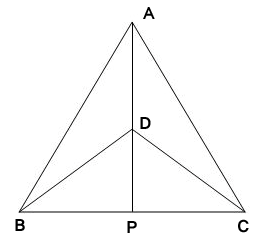 2. AD is an altitude of an isosceles triangle ABC in which AB = AC. Show that 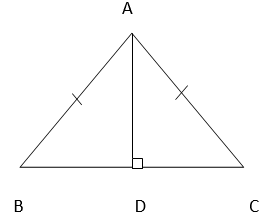 3. Two sides AB and BC and median AM of one triangle ABC are respectively equal to sides PQ and QR and median PN of ∆ PQR (see Figure). Show that:

4. BE and CF are two equal altitudes of a triangle ABC. Using RHS congruence rule, prove that the triangle ABC is isosceles 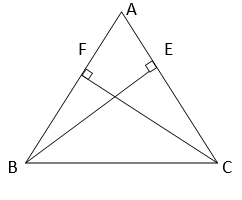 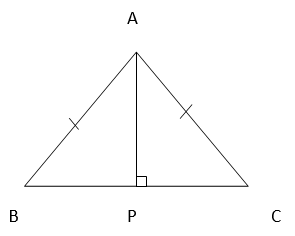 NCERT Solutions for Class 9 Maths Chapter 7 Exercise 7.3 – Triangles, has been designed by the NCERT to test the knowledge of the student on the following topics:-

The next Exercise for NCERT Solutions for Class 9 Maths Chapter 7 Exercise 7.4 – Triangles can be accessed by clicking here.