You are here: Home / Geography / Major Landforms of the Earth Class 6 Notes

Description: This article focuses on the major landforms of the earth, how they were formed and where are the places, these landforms are situated in.

These major landforms are formed on the surface of the earth either due to plate tectonic movements, volcanism, erosion and deposition by the rivers, winds or glacier. 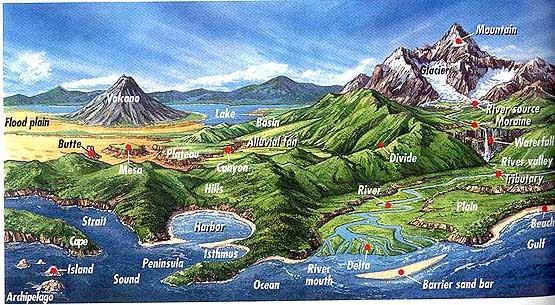 Let us discuss about the major landforms of the earth in detail:

Mountains generally have a steeper slope and has an elevation higher than 2000m, while hills have gentle slopes and have a low elevation. Mountains are mostly covered by snow due to their extreme heights.

There are three category of mountains which are discussed in the following paragraphs: 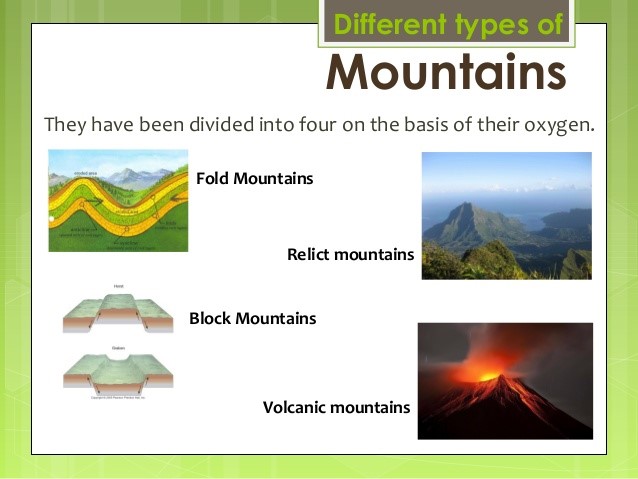 Plateau: A fairly level high ground with a flat top and steep sides is known as a Plateau. Plateaus are also known as a table land due to its flat top and are found mostly in drier areas.
The elevation of plateaus range between a few hundred meters to several thousand meters. 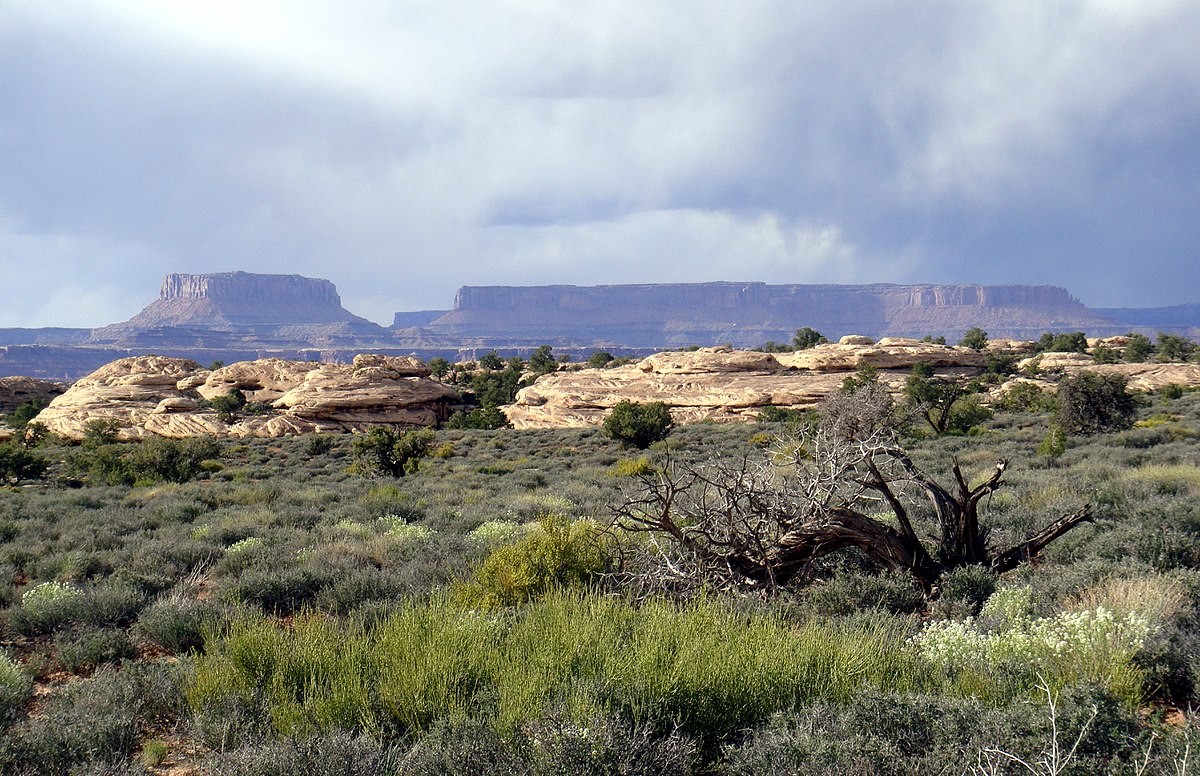 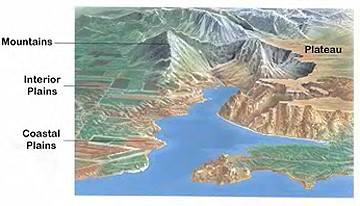 Plains: Plains are level land formed mostly due to the deposition of silt and clay carried down by the rivers. This is the most fertile area where most of the population of the world lives and agriculture is the main occupation.

Many minerals are found in plains. Plains occur as lowlands along the rivers and their tributaries, for example the Indo Gangetic Plain is formed due to the deposition of silt by Ganga. Other categories of plains are coastal plains which are found along the shore lines. 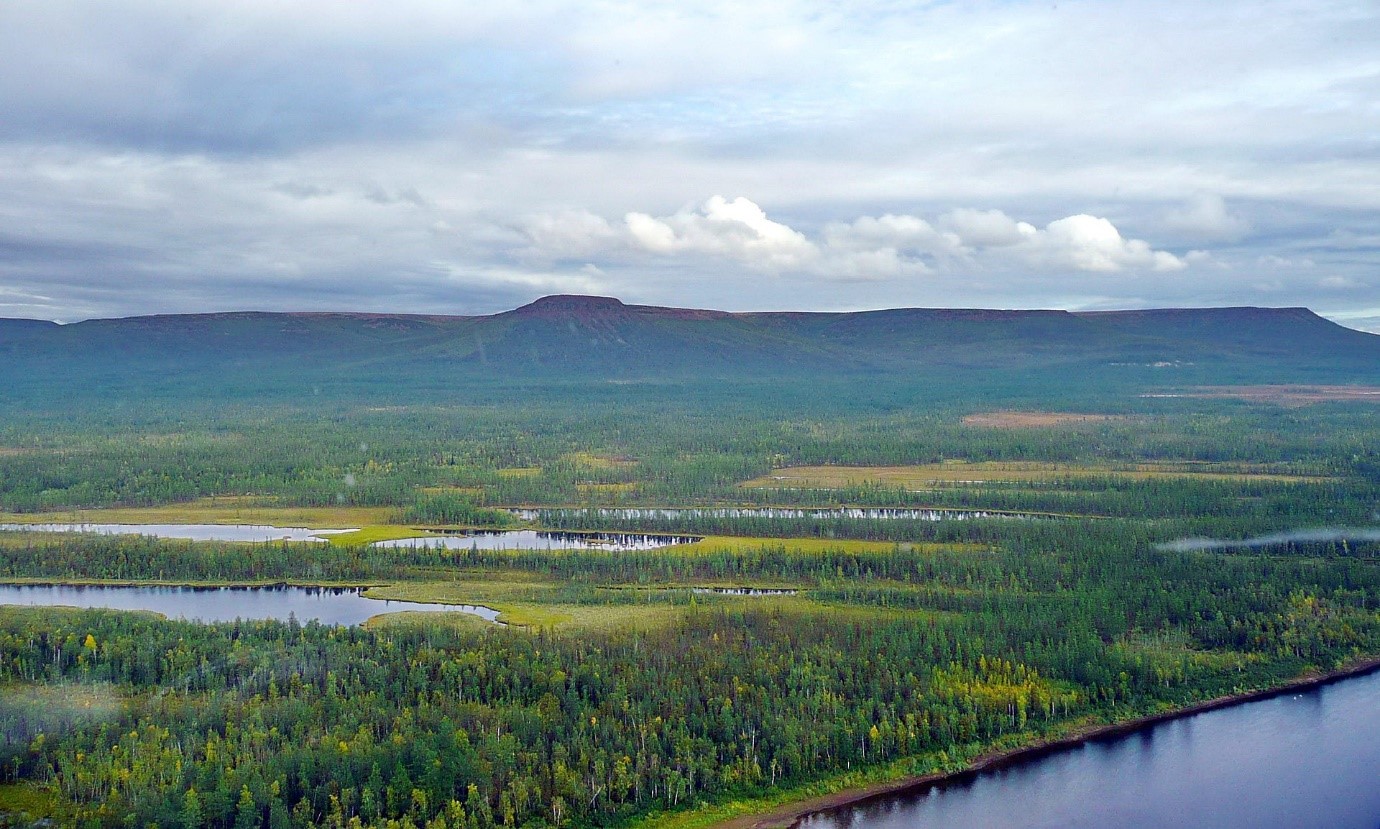 Figure 4: Image of a plain land

Landforms and the people: Since the beginning of life, people had been exploring earth and the different landforms. It has been noticed that the major section of the population prefers to stay in the plain lands rather than the hilly terrain.

The fertile lands of the plains promote cultivation, transportation lines can also be easily built. Industries and mining are also practiced with ease in the plain lands.

Mountain and plateaus are rich in many minerals such as granite, calcite, basalt, all which are hard rocks required for building purposes. Forestry, lumbering, cattle rearing are the major occupation of people living in the mountain and plateau regions.

Therefore, we now understand the various major landforms the earth has and how it is formed. We also must understand how these landforms affect the lives of people, as it is seen that, usually in the mountainous regions the climate is too cold, whereas in the plains, the weather is pleasant all around the year.