There are five functions which are to be performed in an organisation. These are planning, organising, staffing, directing and controlling. Controlling is again followed by planning and this is a never ending process to achieve the goals of the organisation. After the planning is done and the objectives are set for the organisation, the first step towards achieving those objectives is to organize. Organising in an organisation means to set up things right so that there is no chaos later on. Organising involves organisation of resources which include the men, material, money and machinery. Organisational work is complicated but to simplify the work and set it up in attainable tasks is done during the process of organising.

Let’s understand it with an example. Consider the annual function of a school as an organisation and dance, songs, drama, speeches by head of school and award presenting as different departments. It is done in the supervision of the head of the event. Coordination is also very important and a proper authority – responsibility relationship is established by making heads for different activities. This formation of different departments and the relationship specification helps in making the work more simplified as all the efforts of the students and the teachers are successfully unified for a single goal i.e. success of the event. 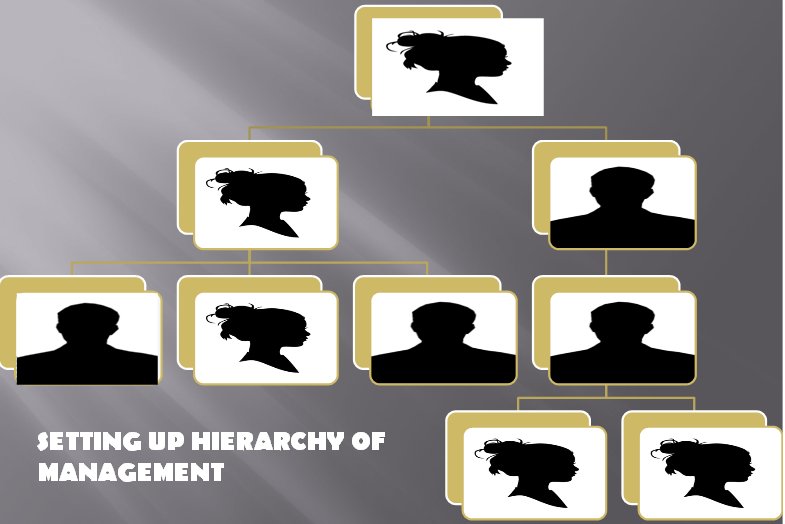 Features or elements of organising process

Here are some common features of organising which will give us clear picture of all the elements which this process involved.

It is a process and a function

Separating and grouping the activities

An organisation needs clear hierarchy so that there no duplication of work or wastage of efforts of the people at work. Thus a proper chain is followed to keep the clear path and records. For example, a worker will first inform about his grievances to his immediate boss rather than directly talking to the CEO of the company.

Organising helps in setting up clear distinction between job roles of various people so that the work load is reduced and wastage is also minimised. This helps in improving the productivity of the people. When an employee knows about his job roles and the job description is clear then he or she would be able to perform the tasks easily and in more efficient manner and this will also increase their quality of work because of their repetitiveness of the job.

With the proper assignment of job and clear job roles and job description it helps in avoiding the overlapping and duplication of work and thus helps in making the best use possible of the resources in an organisation. The main resources of an organisation are man, money, material and machinery. When clear job roles and proper structure is set up then the human resource of an organisation can be utilised to the best and fullest. These humans will thus help in making the best use of machinery and thus put to use the material and this all will be done with the investment i.e. money. 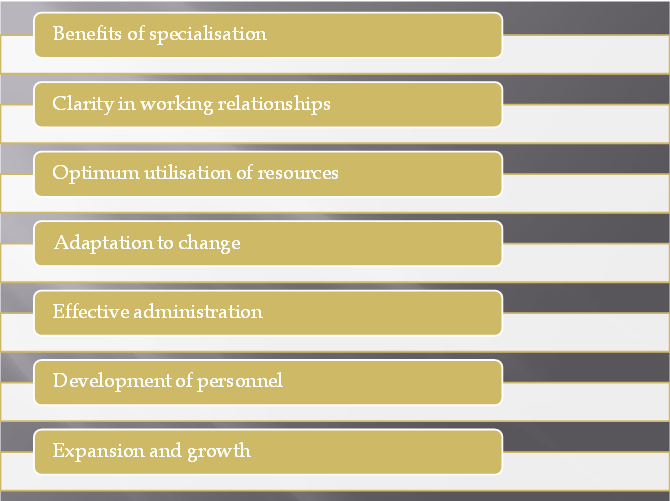 It is not necessary to follow the same organisational structure throughout the life of the business. Whenever the change takes place in the environment of the business, whether it is internal environment or external environment, it can change the structure according to the need. When a proper structure set and people throughout the organisation know about their role and position then it would become easy to inform them about the upcoming changes without creating chaos.

Delegation is an important element of organising. Delegation is important because of the limited capacity of a human to perform the tasks. When there are limited tasks assigned to an individual then he or she would have more capacity and time to explore different areas for their personal growth and ultimately it will help the organisation.

Organising helps the organisation whenever it wishes to add up new jobs or new people in an organisation by making adjustments to the existing organisational structure.