Due to scarcity of resources, the society cannot satisfy all its wants. In an economy, even if all the resources are used in the best possible manner, the capabilities of the economy are restricted due to scarcity of resources. Thus, the society has to decide what to produce out of an almost infinite range of possibilities. This is where the concept of Production Possibility Curve (PPC) comes into the picture.

What is Production Possibility Curve (PPC)?

Let us consider an economy where two goods, good X and good Y are produced is produced. The production Possibility Curve is given below for such a situation. 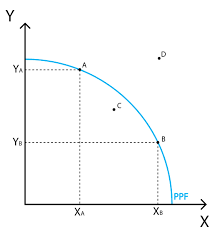 This means that more of one good can be produced by sacrificing the other. To produce one more unit of Good X, less of Good Y can be produced. When all these points of different combinations of production of the two goods are joined, they form a Production Possibility Curve.

Operation of the Economy on the PPC

Marginal Rate of Transformation (MRT) is the ratio of the number of units of a commodity sacrificed to gain an additional unit of another commodity.

Consider the given economy, where only guns and butter are produced, 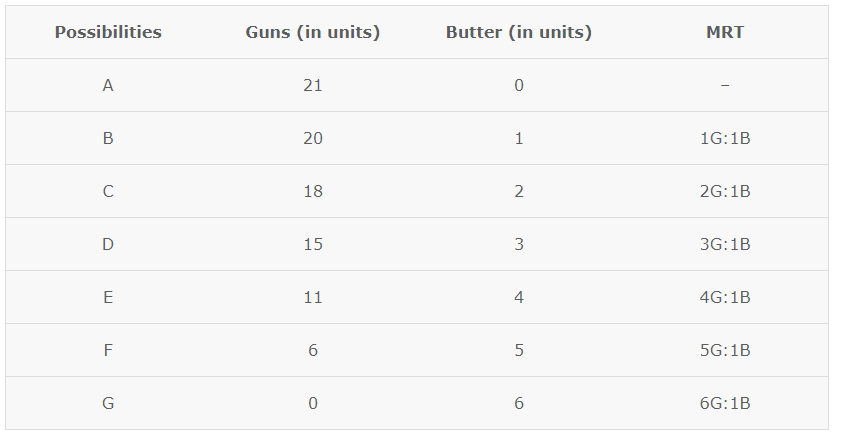 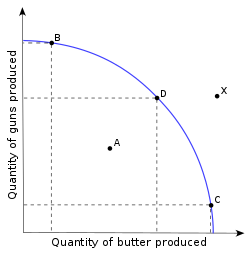 In the given example, 20 units of guns and 1 unit of butter can be produced by utilizing the resources fully and efficiently. If the economy decides to produce 2 units of butter, then it would have to cut down on the production of guns by 2 units.