This implies that the arm’s length price can be applied to an existing transaction or may relate to a  future transaction;

between person other than AEs

The person should not be either : –

in the uncontrolled conditions.

The conditions under which the transaction has taken place, should not have been designed or suppressed in a manner, so that certain predetermined results are obtained.

Arm’s Length Price (“ALP”) provides a benchmark against which transactions between Associated Enterprise can be compared.

The provisions relating to the application of arm’s length price are not applicable where such application results in the reduction of income or an increase in losses for tax purpose in India (“Base Erosion Concept”).

DETERMINATION OF ARM’S LENGTH PRICE UNDER SECTION 92C – [RULE 10B]

Rule 10C(1) provides that the most appropriate method shall be the method : –

Rule 10C(2) specifies the factors to be taken into account in selecting the most appropriate method:-

SUCH RULE HAS NOW BEEN MADE APPLICABLE FOR SPECIFIED DOMESTIC TRANSACTIONS AS WELL.

INFORMATION AND DOCUMENTS TO BE KEPT AND MAINTAINED UNDER SECTION 92D [RULE 10D] : –

REPORT FROM AN ACCOUNTANT TO BE FURNISHED UNDER SECTION 92E : –

Every person who enters into international transactions or specified domestic transactions during a previous year is required to obtain a report from a chartered accountant, and furnish such report on or before the due date of filing of return of income in Form No.3CEB.

Non-applicability of Domestic Transfer Pricing to payment made to related persons under Section 40A(2)(b) – AMENDMENTS MADE BY THE FINANCE ACT, 2017

The existing provisions of Section 92BA provided that any expenditure for which payment is required to be made to related persons under Section 40A(2)(b) were also considered as specified domestic transaction, and were required to be benchmarked, where TP provisions were applicable.

Where an Indian company, which does not have any tax holiday, makes payment to another company/person, who is also a non -tax holiday undertaking having the same tax rate, payment from Indian company to the other person, does not result in any tax arbitrage, as both the deduction to the Indian company for expense and taxation as income in the hands of the recipient, is at the same tax rate. Hence the price of such a transaction, does not result in overall tax loss/gain to the Indian Government. The domestic TP provision had increased the compliance burden of the assessee in such cases.

With effect from AY 2017-18, with a view to reduce the domestic Transfer Pricing compliance burden, payments under Section 40A(2)(b) are specifically excluded from Section 92BA. This implies, that provisions of specified domestic transaction, will now be applicable only if one of the entities involved in the transaction, is claiming profit linked deduction (i.e., Section 80-IA, 80-IB, 80-IC, 10AA, etc).

Such amendment has given relief to taxpayers which were liable to domestic Transfer Pricing even when both the related parties were taxable at the same rate of 30% and there was no shifting of profits in order to save tax of overall group.

ICO and ICO1 are part of the same group concern, i.e., both are related parties.

In both situations the overall tax incidence comes out to be the same even when there is transfer of goods from ICO1 to ICO at more than fair value. With effect from AY 2017-18, such transactions would not be considered as specified domestic transactions since none of the entities are claiming profit linked deduction.

Indian company (ICO) paid salary of Rs 30 crores to its director during the PY 2016-17. Analyze, whether such payment would be considered as specified domestic transaction? 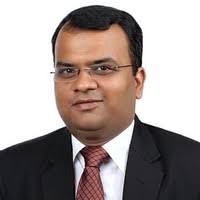 I am an expert in International Taxation and M&A tax structuring wherein I have worked with KPMG as a Director in Indian practice helping large number of MNC, as well as domestic companies in the area of Inbound Investments, Outbound acquisition, cross border tax structuring, amalgamation, demerger, business sale amongst others. I have been a visiting faculty and have taught over 1500 professional students, until date taught over 20000 students through online effort to promote philanthropy in basic education.