You are here: Home / International Tax - Interpretation of Treaty / Article 18 – Pension and Other Social Security Payments

Subject to the provisions of paragraph 2 of Article 19,
pensions and other similar remuneration
paid to a resident of one of the States
in consideration of past employment
as well as any annuity paid to such a resident ,
shall be taxable only in that State. 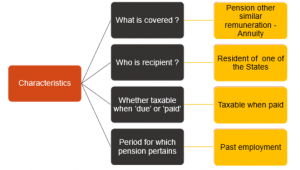 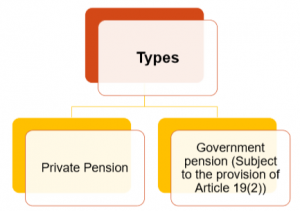 PENSION AND OTHER SIMILAR REMUNERATION – COVERAGE ? 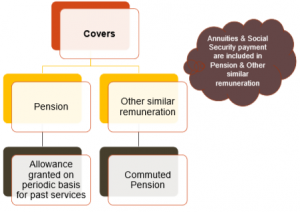 CONSIDERATION FOR PAST EMPLOYEMENT

However,
where such remuneration is not of a periodical nature and
it is paid in consideration of past employment in the other State,
it may be taxed in that other State

The term ‘annuity’ means
a stated sum payable periodically
at stated times during life or
during a specified or ascertainable period of time,
under an obligation to make the payments
in return for adequate and full consideration in money or money’s worth