Mr. Y provided Independent Personal Services to ICO – These shall be taxable under which Article ?

While both are Personal Services 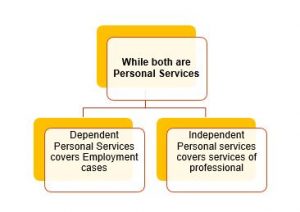 Income which falls under the head “Salaries”, if it is earned in India.

Explanation.—For the removal of doubts, it is hereby declared that the income of the nature referred to in this clause payable for —

a)service rendered in India; and

forms part of the service contract of employment, shall be regarded as income earned in India.

remuneration received by him as an employee of a foreign enterprise for services rendered by him during his stay in India, provided the following conditions are fulfilled —

a.the foreign enterprise is not engaged in any trade or business in India ;

b.his stay in India does not exceed in the aggregate a period of ninety days in such previous year ; and

c.such remuneration is not liable to be deducted from the income of the employer chargeable under this Act ; 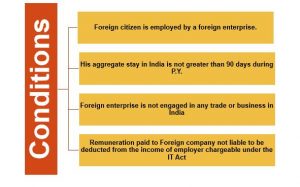 Subject to the provisions of Articles 17 (Directors’ Fees), 18 (Income Earned by Entertainers and Athletes), 19 (Remuneration and Pensions in respect of Government Service), 20 (Private Pensions, Annuities, Alimony and Child Support), 21 (Payments received by Students and Apprentices) and 22 (Payments received by Professors, Teachers and Research Scholars),

salaries, wages and other similar remuneration

derived by a resident of a Contracting State

unless the employment is exercised in the other Contracting State.

If the employment is so exercised, such remuneration as is derived therefrom may be taxed in that other State

What is covered ? – Salaries, wages and other similar remuneration

When is it taxable in Source State as well ? – Employment is exercised in the other Contracting State 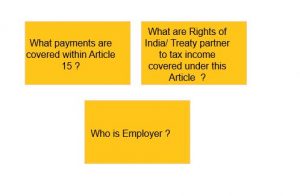 Generally, term is not defined in Treaty

Meaning under laws of country,  where employment is exercised can be used

Benefits in Kind / Perquisites are covered 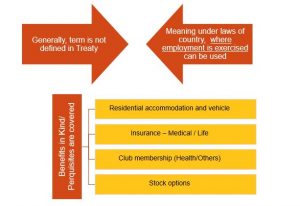 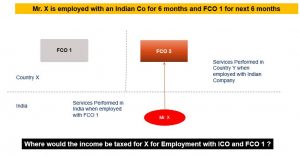 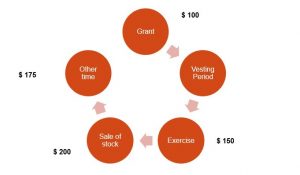 (B) Exercise – Can be revoked by the company

Benefit derived until exercised, is taxable under DPS

(B) Exercise – Can be revoked by the company:-

Increase in the value until the period, when the right is irrevocable 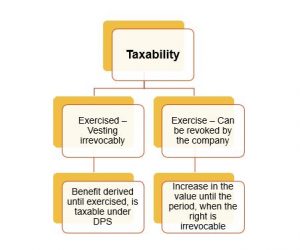 Factors not affecting the taxation of ESOP

Where would remuneration be taxed?

Remuneration has to be allocated to these countries according to the time spent over there. 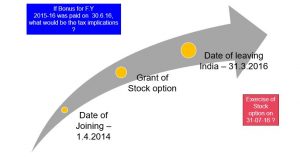 Which date is important for taxing stock options

Notwithstanding the provisions of paragraph 1, remuneration derived by a resident of a Contracting State in respect of an employment exercised in the other Contracting State shall be taxable only in the first-mentioned State, if :

a) the recipient is present in the other State for a period or periods not exceeding in the aggregate 183 days in the relevant taxable year ;

b) the remuneration is paid by, or on behalf of, an employer who is not a resident of the other State ; and

c) the remuneration is not borne by a permanent establishment or a fixed base or a trade or business which the employer has in the other State.

Analysis of Conditions for Article 15 (2) 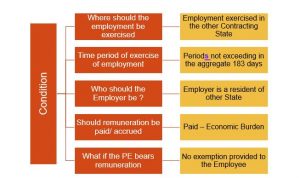 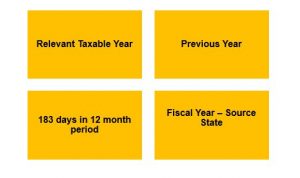 Paid “by or on behalf” 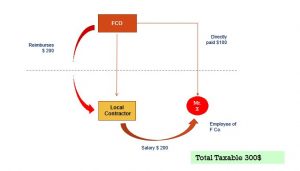 Notwithstanding the preceding provisions of this Article,

may be taxed in that State.