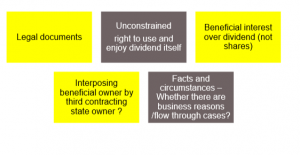 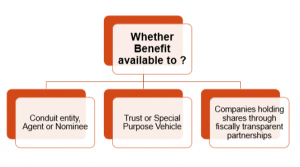 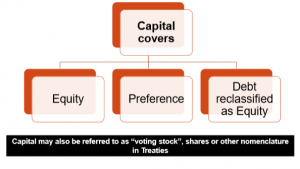 The term “dividends” as used in thisArticle means
income from shares or other rights, not being debt-claims, participating in profits,
income from other corporate rights which are subjected to the same taxation treatment as income from shares by the taxation laws of the State of which the company making the distribution is a resident ; and

income from arrangements, including debt obligations, carrying the right to participate in profits, to the extent so characterised under the laws of the Contracting State in which the income arises. 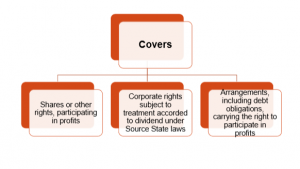 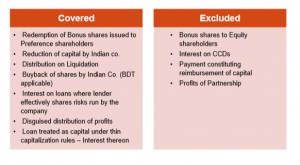