Let us discuss these aspects in detail : –

WHY IS ARTICLE 2 RELEVANT?

WHICH TAXES ARE COVERED?

This Convention shall apply to
taxes on income and on capital
imposed on behalf of
one of the States or
of its political subdivisions or
local authorities,
irrespective of the manner in which they are levied

The existing taxes to which this Convention shall apply are :

(a) in India : –
(i) the income-tax including any surcharge thereon, but excluding income-tax on undistributed income of companies, imposed under the Income-tax Act ; and
(ii) the surtax (hereinafter referred to as “Indian tax”).
Taxes referred to in (a) and (b) above shall not include any amount payable in respect of any default or omission
in relation to the above taxes or which represent a penalty imposed relating to those taxes 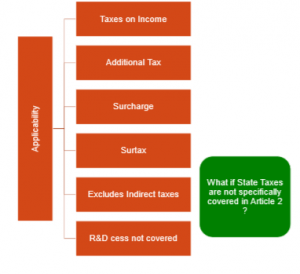 There shall be regarded as taxes on income and on capital
all taxes imposed on total income,
on total capital, or
on elements of income or of capital,
including taxes on gains from the alienation of movable or immovable property,
taxes on the total amounts of wages or salaries paid by enterprises,
as well as taxes on capital appreciation. 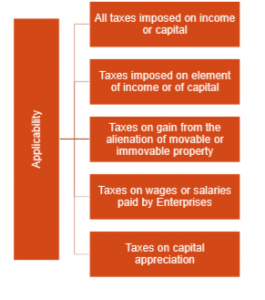 The Convention shall apply also to any identical or substantially similar taxes
which are imposed after the date of signature of the Convention
in addition to, or in place of, the existing taxes.
The competent authorities of the Contracting States shall notify each other
of any significant changes which have been made in their respective taxation laws and
of any official published material concerning the application of the Convention. 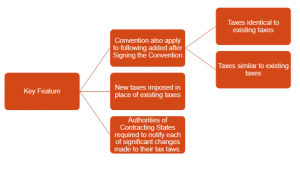 The existing taxes to which the Convention shall apply are in particular :
(a) In the XYZ :
(b) In India : 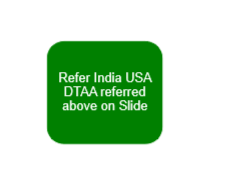 The existing taxes to which this Agreement shall apply are in particular : –

(a) in the Federal Republic of Germany :
the Einkommensteuer (income-tax),
the Korperschaftsteuer (corporation-tax),
the Vermogensteuer (capital tax), and
the Gewerbesteuer (trade tax)
(hereinafter referred to as “German tax”);
(b) in the Republic of India,
the income-tax including any surcharge tax thereon (Einkommensteuer, einschl, darauf entfallender Zusatzsteuern), and the wealth-tax (Vermogensteuer) (hereinafter referred to as “Indian tax”).